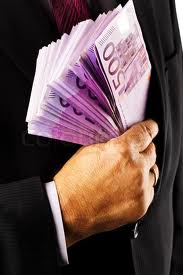 Tax evasion in Greece is estimated to be between 11billion euros and 16 billion euros annually, a study has found. The study prepared by EY and commissioned by the DiaNEOsis think-tank was presented during an event hosted by the institute and the Federation of Hellenic Enterprises (SEV), Greece’s largest employers’ group.

A reduction in currently punishing tax rates, cultivating a tax- paying consciousness and a better exploitation of state-of-the-art digital tools, especially an almost universal use of electronic transactions, are the primary axes for dealing with the so-called “underground” or “grey economy”, as well as tax evasion, according to the findings of a high-profile study unveiled this week in Athens.

According to the study, tax evasion in Greece is estimated to reach 6 to 9 percent of Greece’s current GDP, which translates into 11 to 16 billion euros on an annual basis.

DiaNEOsis officials reminded that no less than 250 tax bills have been ratified by successive Greek parliament since 1975, while an astronomical number of more than 115,000 ministerial decisions dealing with the tax system have been issued.

In an public opinion poll conducted by DiaNEOsis in 2016, 85,5% of respondents stated that they consider tax evasion to be equivalent to theft.

At the same time, however, 35,1% acknowledge that they would readily evade their taxes if the opportunity arose, because ‘everyone does it.’

­Tax evasion is an acute problem in the debt-ridden country. According to several studies, tax evasion in Greece country is substantially higher than in other developed countries.

The exact scale of tax evasion in Greece is obviously unknown. To study and survey proposes, researchers can only rely on estimates that calculate its scale based on indicative data but, by definition there is no available information to measure its exact size.

The estimates are gathered from publications on all different types of tax fraud.

According to the studies:

Consequently, the scale of tax evasion in Greece can be relatively safely estimated at somewhere  between 6% and 9% of GDP, which amounts to something between €11 and €16 billion a year.

The state expenses include

According to the most recent data from 2015, 88% of the state’s revenue (not including insurance revenue collected by the social security funds) comes from taxation.

This is important. Indirect taxes are considered more ‘unjust’ because they affect the rich and the poor equally.

The country’s revenues have been more or less steadily decreasing since 2010, with the largest decrease occurring in indirect tax revenues.

There was a rapid decline in income tax collected (from 17.2 billion in 2008 to 12.1 billion in 2015) – which is to be expected, since citizens’ incomes have decreased dramatically.

At the same time, however, during the crisis, direct tax rates increased, and new direct taxes were also introduced (solidarity tax, Single Property Tax-ENFIA), which softened the state’s losses but increased the tax burden for everyone -primarily for the poor.

But who is paying and who is evading taxes?

But the truth that is more or less valid throughout the world is: the self-employed and small businesses avoid paying their taxes.

“From the United States to Germany, and from Italy to Bulgaria, there are small businesses and many freelancers that fail to accurately declare their true income to authorities. Unlike salaried workers or large businesses, they are able to hide their income because the likelihood of detection is very low and the incentive to issue invoices and to declare every cent they make is smaller. Despite the tax-paying culture and the enormous fines, small businesses in Germany can avoid issuing receipts for some of their sales, without any consequences.”

Self-employed, freelancers and small businesses in Greece are not exception to this truth.

In the following days, the Greek Finance Ministry will activate a software tool that will be able the automatic screening of tax declarations and bank deposits. The screening will be conducted for the period 2000-2012. More than 1.2 million taxpayers will be affected . 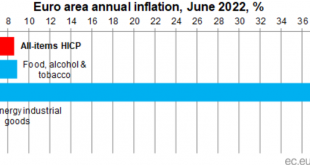