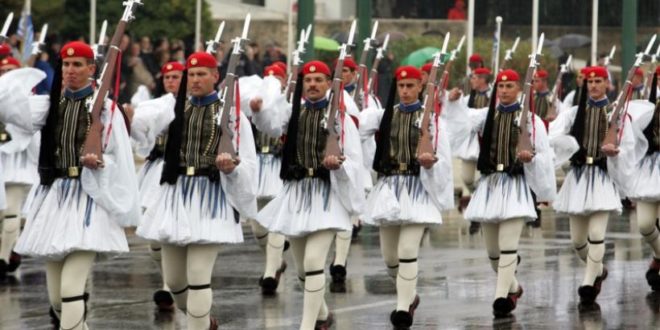 Watch LIVE the Military Parade in Athens as Greece celebrates the Greek War of Independence 1821.

The military parade started at 11 a.m and ended one and a half hour later. Here are some high lights.

Greece celebrates the 25th March with a double holiday: a historical and a religious one.

The Greek War of Independence against the Ottoman Empire. The “Greek Revolution” was a successful war of independence waged by the Greek revolutionaries between 1821 and 1830.

Greek Orthodox Church celebrates the Annunciation by archangel Gabriel to the Virgin Mary that she should become the mother of Jesus Christ the Son of God.

Read more: What is the 25th March National Holiday in Greece about?

What to do in Athens today – click on the titles for details:

Acropolis Museum celebrates 25th March with free entrance for all

or just take a walk at the Athens Riviera

How about a walk on Athens Sea Side? (pictures)