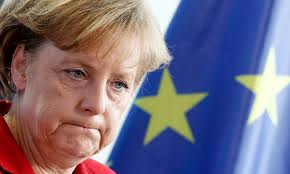 German Chancellor Angela Merkel met the wife of Greek Prime Minister Alexis Tsipras during the dinner of the 27 European Union leaders in Rome on Saturday. According to daily to Ethnos, it was the first time Betty Batziana was introduced to the German Chancellor.

“Merkel was more than effusive with Batziana,” the daily reports adding that the Chancellor even expressed some complain to the wife of Greece Prime Minister.

No, it is not what you think. Angela Merkel did not complain about delays in reforms or in second review, about primary surplus targets, delays in labor market reforms and further pensions cuts. This is the duty of her finance minister Wolfgang Schaeuble.

“You know, Alexis never invited me to Greece,” Merle allegedly said, whereas Betty Baziana told her that she is welcome to visit Greece privately at any time.

As for the official invitation, she would personally take care of it, when the Greek program completes, Betty Batziana told the German Chancellor joking.

Peristera “Betty” Batziana, 42, and Alexis Tsipras, 42, are not married. They are registered partners. They have two children.

For the first time Angela Merkel visited Greece under bailout agreements in October 2012 and the public ‘welcome’ was anything but warm, with more than 50,000 people on the streets, outside the Greek Parliament, chanting and shouting against her.

She repeated her visit in April 2014, apparently to show her support to her ideological brother, the conservative government of New Democracy and Prime Minister Antonis Samaras, ahead of the European Parliament elections. Greek voters were not impressed.

In March 2015, one and a half month after he gained power, newly appointed Prime Minister Alexis Tsipras visited Berlin following an invitation by the German chancellor. It seemed that Merkel wanted to intervene and diffuse the tough crisis between the Europeans, the left-wing Greek government and finance minister Yanis Varoufakis.

It turned out that Merkel had no will to intervene in favor of Greece.

The invitation to Greek PM was merely her obligation, in terms of reciprocity and protocol.

In this context, yes, it is Tsipras’ turn to invite her in Athens.

But times are economically and politically bad. The planets stand retrograde. It is also windy and partly cloudy.