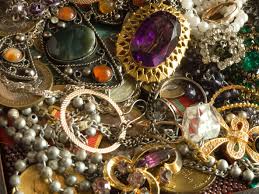 Thief calls locksmith to break in house, takes jewelry worth €27,000

A young and good looking woman called a locksmith and asked him to open the door to her home claiming she was locked out. The locksmith opened the door, got paid and left. The only problem was that the woman was not the real owner but a real and common thief.

Once she entered the house, she searched every room and left having snatched cash, jewelry and a collection of coins worth more than 27,000 euros.

When the 67-year-old owner returned home, he was shocked to see that everything valuable he possessed was missing.

He immediately called the police that found out the house was not burgled.

Police called on the locksmiths of the city, it soon identified the one who had opened the door of the victim’s house.

The locksmith gave a detailed description of the woman, the police mobilized, the thief was detected within hours.

She was a 23-year-old Greek, still in possession of the largest part of the prey.

The thief was taken to the prosecutor who charged her with robbery.

Police continues investigation, explores the possibility she had broke in in other houses too and whether she had accomplices.

The incident happened in the city of  Mytilene on the island of Lesvos.