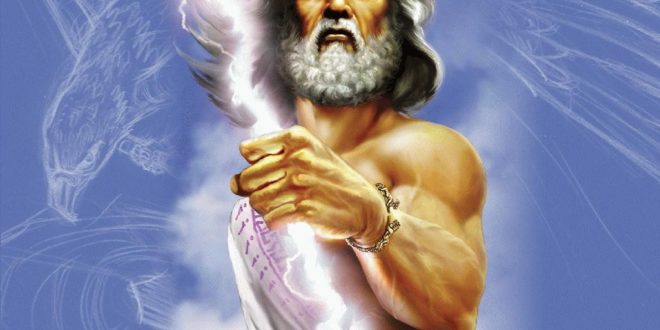 Who is to blame for ruining the European Union? According to a list published day, twelve people and ‘things’ are to blame for having ruined the EU. No, Greece as such is not on the list. But Zeus, the top god of Ancient Greece tops the list. And another Greek. A former banker at the Goldman Sachs…

The article is based on the assumption, that the European leaders sat down for lunch last Saturday in Rome and “waxed nostalgic about the days when the idea of a united Europe was still young and promising and beautiful.”

They asked themselves what went wrong the the beautiful Europe was ruined.

When they stood up and got ready to leave, they were devastated, saying to each other: “Good God, how did it come this and, more importantly, who is to blame?”

Politico.eu has gathered a dozen suggestions.

1. Zeus
Whenever Europe is in trouble, its advocates claim the EU lacks a proper narrative. The whole idea of an “ever-closer union” is still a fine one, they argue, and the only thing that’s needed for people to understand it is a memorable story. The most memorable story about Europe, of course, is the one about Zeus. The Greek God disguised himself as a white bull in order to approach a beautiful girl called Europa. When Europa, perhaps naively, climbed on his back, the God-turned-bull abducted and ravished her. No need to take the story too literally when analyzing the EU’s current malaise (no white bulls there). But it is good to keep in mind that Europe’s founding myth doesn’t exactly bode well for its future. If negative narratives about the EU seem to resonate far more than positive ones, maybe it’s because the Greek gods loaded the dice.

6. Antigone Loudiadis
This list of villains would be incomplete without at least one specimen of the scheming investment banker. Our candidate goes by the name of Antigone Loudiadis. Accordingly, there’s a whiff of Greek drama to her story. Loudiadis was a whip-smart Goldman Sachs banker and worked with Costas Simitis’ government back in the early noughts, when the Greeks were desperately seeking to join the eurozone. The Anglo-Greek banker was instrumental, allegedly, in devising complex derivative trades to hide the country’s true debt level. In a Sophocles play, our heroine would have met a terrible fate, perhaps buried alive and mourned by a chorus of elderly Thebans. In contemporary Europe, she lived happily ever after, eventually founding a London-based insurance company and running it as CEO.

7. The unnamed EU official
There are some 50,000 people working for the EU, depending on how you count. Though their names can be looked up in the organization’s vast databases, they mostly toil in anonymity, and the vast majority of EU citizens would likely not be able to name a single commissioner. In the popular imagination, Brussels has become a present-day version of Kafka’s castle, dominated by faceless paper pushers who work for opaque entities called DG something-or-other and invent regulations concerning the length of cucumbers.