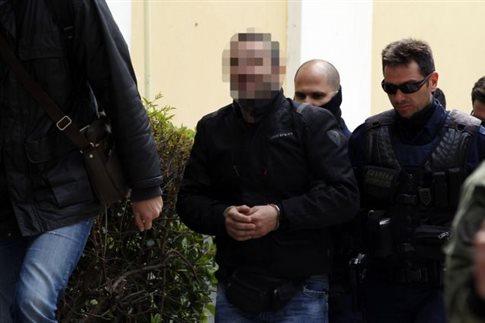 Judges ordered the provisional arrest of the high-ranking Golden Dawn member accused to have been involved in the brutal beating of a 24-year-old student last Friday. The victim reportedly recognized the man ‘beyond any doubt’.

The accused denies any involvement. The obviously angered 42-year-old owner of a cafeteria, left the court in police escort and swearing in front of the television cameras and reporters awaiting outside the court in Athens. “He recognized a scarf on the face five days later …@@ck!”he said among others.

Though his lawyer , the 42-year-old claimed that ‘the victim was influenced by his pictures shown in the media following his arrest’ and that on the first day the victim told police he would not be able to recognize his attackers.

Friday noon, the student of Fine Arts was heavily beaten and seriously injured  after having passed by a cafeteria where members of far-right Golden Dawn are hanging out in Ambelokipi district of Athens. Furthermore, the attackers stole his back-bag and left him fainted in the middle of a road. Neighbors alerted the police, the victim was taken to nearby hospital. 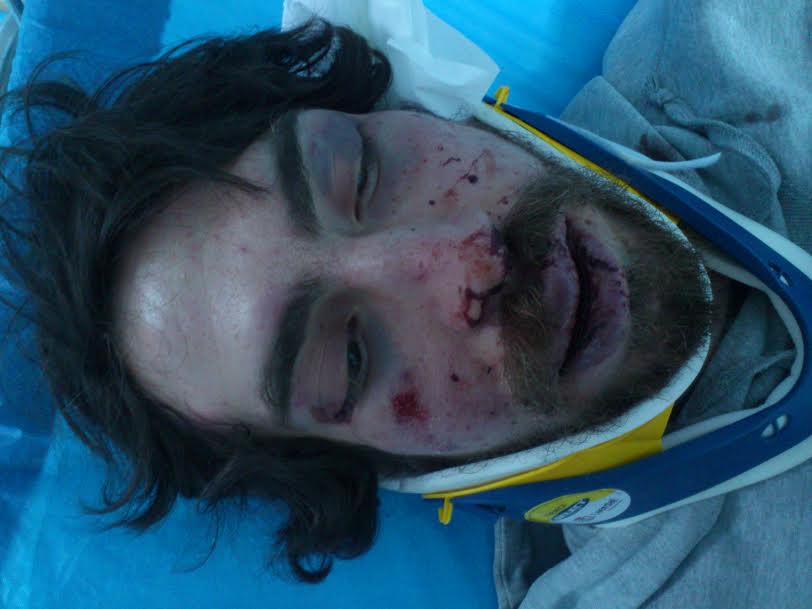 The student attack followed an attack by anarchists at a Golden Dawn office in the area. According to media, the GA members had mistakenly thought the student was part of the raid team “due to his appearance.”

The 42-year-old was arrested on Saturday morning. Police is seeking four to five more people.

The arrested faces charges of physical harm and robbery which is a felony.

Two witnesses spoke in favor of the offender and offered him an alibi saying they were together that day.

The victim was in court in the company of his mother. The marks of the beating were still to be seen. He recognized the man as one of the attackers.

His mother has been quoted as saying “The phenomenon of golden Dawn became strong because there was space for them. Neither people nor the institutions resit. They insult and fool people, they chase migrants and refugees and these is their mask. But it is proven that they chase everyone.”

Media described that the 42-year-old as a high-ranking Golden Dawn official, hired to work at the office of GD leader in the Greek Parliament and be in charged for security at the GD office that was attacked last week.