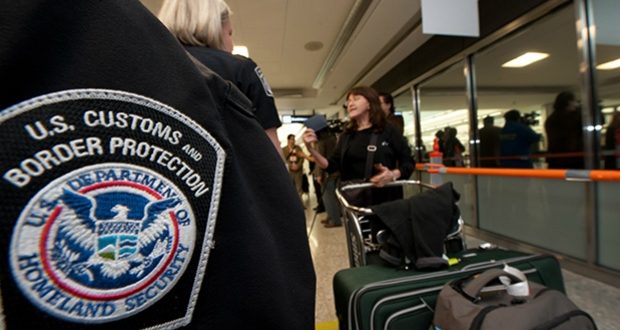 US extends Visa Waiver Program for Greeks for one more year

April 6, 2017 Tourism, Travel Comments Off on US extends Visa Waiver Program for Greeks for one more year 1,812 Views

US authorities extended the visa waiver program for Greece until March 31, 2018. Greek nationals wishing a trip to the US will not need a visa.

According to the National Herald in New York, the participation of Greece in the US Visa Program Suspend (US Visa Waiver Program -VWP) has been extended for one year.

Deputy Minister of Citizen Protection Nikos Toscas reportedly announced the extension following a letter from the US Department of Interior (US Department of Homeland Security).

Greece joined the US Visa Waiver Program on 5 April 2010.  Greek nationals can travel to the United States for tourism or business purposes without a visa.

According to the website of the US Embassy in Athens Effective, April 1, 2016 new Electronic System for Travel Authorizations (ESTA) for Greek citizens will be valid for one year, instead of the standard two-year validity. The one-year validity period is for new and renewal ESTA applications. Existing ESTAs for Greek citizens will remain valid, unless revoked, for two years from the date of the authorization or until the traveler’s passport expires, whichever comes first.

The following applies to all VWP travelers:

Approved ESTA applications are valid for a period of one year, or until the passport expires, whichever comes first, and multiple trips to the United States without the traveler having to re-apply for another ESTA.

The ESTA travel information may be updated before each trip to the U.S., but it is not required. When traveling to the U.S. with the approved ESTA, you may only stay for up to 90 days at a time – and there should be a reasonable amount of time between visits so that the CBP Officer does not think you are trying to live there. There is no set requirement for how long you must wait between visits.

However, keep in mind that the Trump Administration has been considering far-reaching steps for ‘Extreme Vetting’ and ask foreigners entering the U.S. to hand over cellphones and passwords for social media accounts, answer questions on ideology.

The changes might include visitors from the 38 countries – the UK, France, Australia and Japan among them – that participate in the visa waiver programme, which requires adherence to strict US standards in data sharing, passport control and other factors, one senior official told the Journal.

Citing the Wall Street Journal, The Guardian notes: This could require people to hand over their phones so officials can study their stored contacts and possibly other information. The aim is to “figure out who you are communicating with”, a senior Department of Homeland Security official was quoted as saying. “What you can get on the average person’s phone can be invaluable.”