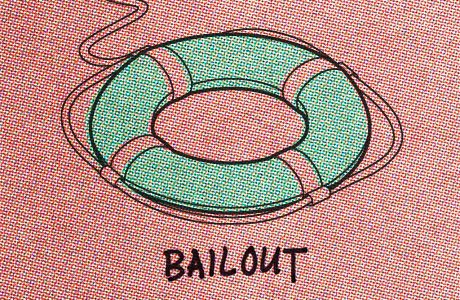 US sees ‘supportive role’ for IMF in Greece’s bailout program

April 14, 2017 Economy Comments Off on US sees ‘supportive role’ for IMF in Greece’s bailout program 218 Views

Washington will keep an “open mind” regarding the participation of the International Monetary Fund (IMF) in the Greek bailout programme, a senior US Treasury official said on Thursday.

The US, the largest shareholder in the IMF, will likely not rule out new funding for Greece by the Fund, despite the criticism of many Republicans regarding the two previous bailout programs in 2010 and 2012.

“We’re looking for the Europeans to help Greece to resolve its economic problems, and we think the IMF can play a supportive role,” the official told reporters, adding that Washington looks at any potential future agreement “with an open mind”.
IMF chief Christine Lagarde on Wednesday said Greece and its eurozone creditors have made progress towards a new loan package that includes debt relief, but that is something the fund has been saying for months without a final deal.

Despite mounting pressure from all sides, the IMF refuses, for now, to participate in the financing of the country’s €86 billion bailout program, if Greece does not commit to further reforms and the EU does not come up with specific details for a debt relief.

Last week, Greece and its European partners reached an agreement “in principle” over further pension and tax reforms for the disbursement of the next tranche of the program.

Greece has about €7 billion in debt repayments due in July and all sides are pushing for a way out of the deadlock well before that date.

All the key officials involved in the talks are expected to be in Washington next week to attend the IMF and World Bank annual meetings.

reek government spokesman Dimitris Tzanakopoulos told SKAI TV that it was possible the review of the country’s second bailout to be concluded in an extraordinary Eurogroup before the one scheduled for May 22. (euractive)