Breaking News
Home / Uncategorized / Thessaloniki: Body of elderly left on the street for hours because he was poor 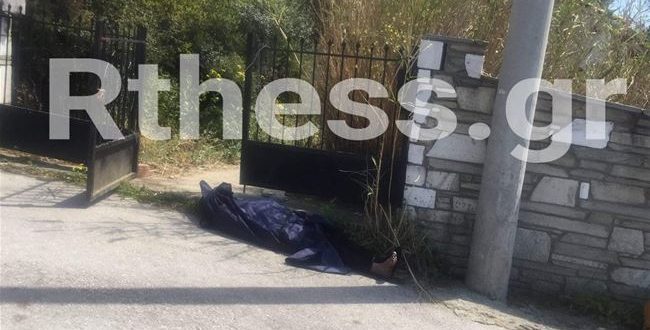 Thessaloniki: Body of elderly left on the street for hours because he was poor

The body of a 86-year-old man was left in a plastic bag on the street for hours after a local funeral house realized the man was poor and there was no money to be paid with. the man had died during a fire in the house he was living in Panorama, Thessaloniki in Northern Greece.

Greek officials say an 86-year-old man died in a single-home fire in the northern city of Thessaloniki and his body was then left on the street for two hours because undertakers refused to transport the destitute man’s corpse to the morgue.

The firefighting service says it found the victim early Saturday.

A police official says neighbors called a funeral home to take the body, which was wrapped in a blue body bag. The official says that when undertakers were told the man was destitute with no known relatives, they dumped the body on the pavement, with legs sticking out, and left.

Eventually, police arrived and another funeral home took the body.

The official agreed to reveal details only on condition of anonymity because he wasn’t authorized to discuss the investigation, the AP notes.

According to local media Radio Thessaloniki, the body of the man was removed at 1:30 p.m. The fire had broke out around 9 o ‘clock in the morning.

The elderly person spent years in a small detached house in a complex that reportedly belongs to a Foundation.

He had health problems and financial issues. It was taken care of by a young local man who found him dead in the morning.

The social services of the municipality had been informed already since last December about the the poor conditions under which the man lived. They helped him with a daily lunch from the church and other basic items.

According to sources from the municipality, the prosecutor’s intervention has also been requested since then.