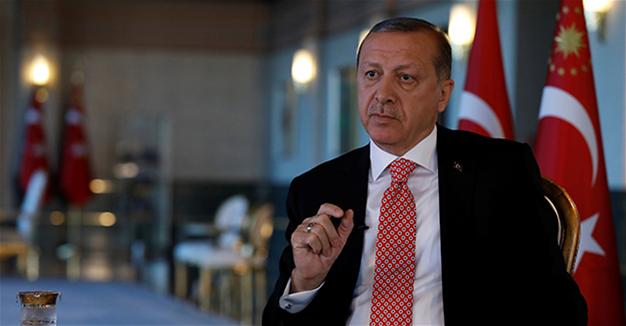 Turkish President Recep Tayyip Erdogan said that Turkey would reconsider its position on joining the European Union if it was kept waiting much longer and if the current hostile mentality of some member states persists.

In an interview to Reuters on Tuesday, Erdogan said a decision on Tuesday by the Parliamentary Assembly of the Council of Europe (PACE), a leading human rights body, to put Turkey on a watch list was “entirely political” and Ankara did not recognize the move.

He said he was ready to take the question of EU accession to a referendum and that Turkey could not wait indefinitely after 54 years at the door.

“If they are not acting sincerely we have to find a way out. Why should we wait any longer? We are talking about 54 years,” he said.

It is a critical week for Turkish-EU relations. EU lawmakers will debate ties on Wednesday, while the bloc’s foreign ministers will discuss the issue on Friday and EU leaders are expected to exchange views at a meeting on Brexit on Saturday.

Erdogan said he would be closely watching.

“I am very curious as to how the EU is going to act vis-a-vis this last (PACE) resolution,” he said, criticizing EU member states that have called for an end to accession talks.

He said Turkey was still committed to negotiations.

Erdogan pointed to the French presidential election, in which far-right leader Marine Le Pen has threatened to take France out of the European Union, and said the bloc was “on the verge of dissolution, of breaking up.”

“One or two countries cannot keep the EU alive. You need a country like Turkey, a different country symbolizing a different faith, this would make them very strong,” he said.

“But the EU member states don’t seem to realize this fact. They are finding it very difficult to absorb a Muslim country like Turkey,” Erdogan told Reuters.

The Parliamentary Assembly of the Council of Europe (PACE) voted on April 25 to reintroduce a monitoring process for Turkey  after 13 years. The move triggering fury in Ankara.

“We strongly condemn this unjust decision of PACE taken with political motives, in contravention of established procedures,” the Turkish Foreign Ministry arguing that the move would “only serve terror organizations,” including the Fethullahist Terror Organization (FETÖ), which Ankara blames for the failed coup of July 2016..

The assembly’s monitoring committee raised concerns over constitutional amendments that were approved on April 16 in a national referendum amid a state of emergency.

The amendments, which significantly expand the powers of the presidency, “do not comply with our fundamental and common understanding of democracy,” Turkey rapporteur Marianne Mikko said at the assembly.

Mikko stressed that the monitoring process was not “punishment” but a bid to strengthen dialogue with Turkey.

Some 113 representatives voted in favor, 45 voted against and 12 abstained on the resolution on a report titled “The functioning of democratic institutions in Turkey” authored by Ingebjørg Godskesen (Norway, European Conservatives Group) and Mikko (Estonia, Socialist Group).

Godskesen and Mikko noted the “serious deterioration of the functioning of democratic institutions” and recommended that the assembly “reopen the monitoring procedure in respect to Turkey until its concerns are addressed in a satisfactory manner.”

Their report, which was presented at the assembly, leveled severe criticism at the actions undertaken during the state of emergency in Turkey and expressed deep concern about the scale and extent of the purges in the public administration, the judiciary and many other public institutions. The draft report underlined a “serious deterioration of the functioning of democratic institutions in the country.”

The report urges Turkey to take urgent measures to restore freedom of expression, including the lifting of the state of emergency and the release of MPs and journalists. It calls on Ankara to halt the publication of emergency decrees which bypass parliamentary procedures, unless strictly needed under the state of emergency law, and put an end to the collective dismissal of civil servants through emergency decrees. The assembly, in the framework of the monitoring procedure for Turkey, will assess progress made in a report to be presented in the course of the 2018 session of the assembly.

Turkish parliamentarians from the ruling Justice and Development Party (AKP) called the draft resolution “biased.” Talip Küçükcan from the AKP said reopening the monitoring procedure for Turkey would harm relations with the CoE and urged to discuss a road map instead.

Turkey was placed under a monitoring process between 1996 and 2004 by the Strasbourg-based body, of which Turkey is a founding member, before being promoted after enacting structural changes and regulations. Turkey is the first European country to be removed from the monitoring process only to be reintroduced later.

The European Parliament will debate the situation of democracy in Turkey at 3 pm CET Wednesday, April 26, 2017.

PS from the very first moment Erdogan’s party AKP won the elections in December 2002, his vision was an economic partnership with Europe and not a full membership. Taking into consideration that Erdogan has been materializing his visions one by one (like the Presidential system) it is now high time to reveal his true intentions considering Turkey in Europe.