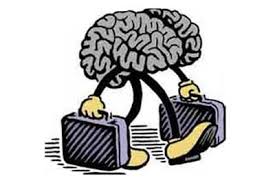 Miserable present, no future.  The brain drain from Greece takes distributing dimensions as even teenagers want to leave the country. For studies or for professional development. An entire generation of teenagers, regardless of their economic status and possibilities, want to leave Greece and move abroad. These plans have usually the parents as boosters and helpers, a sceintific research found.

Based on questionnaires completed by high school students of three experimental high schools in Thessaloniki, the study found that

76% of respondents said they seriously consider to study abroad.

The questionnaires were answered by 373 students, aged 15-18, from a wide socio-economic spectrum, from moderate, middle and low income neighborhoods.

The survey was conducted by researchers Lais Lambrianidis and Theodosi Figas at the University of Macedonia. It was published in October 2015 in the English-language scientific review International Migration & Integration, and was brought to light by daily Efimerida Ton Syntakton.

The results of the survey show that the scientists’ tendency to leave Greece for foreign countries as recorded in the recent years of the economic crisis, is likely to intensify also in the coming years, as teenagers consider studies as the first step towards their new life as adults.

Nearly half a million Greeks have left the country in search of better opportunities abroad since 2008 due to the financial crisis, a report by the Bank of Greece showed in summer 2016. Educated professionals are among those leading the Greek Crisis exodus, while in the past decades it was mostly unskilled workers and farmers leaving the country for a better future.

The exodus is being led by young professionals seeking their fortune in Germany, the UK and the United Arab Emirates.

Greece ranks fourth among the 28 European Union member-states in terms of mass emigration in proportion to its work force aged 15-64, after Cyprus, Ireland and Lithuania.

With youth unemployment at 50% in the recent years, deteriorating labor conditions, dramatic increase of part-time jobs and wages that cannot cover the cost of living, it is not wonder that the youth wants to open its wings for other countries. And a significant economic and social impact.

The contribution of the Greek migrants abroad is considered 12 billion euro per year.