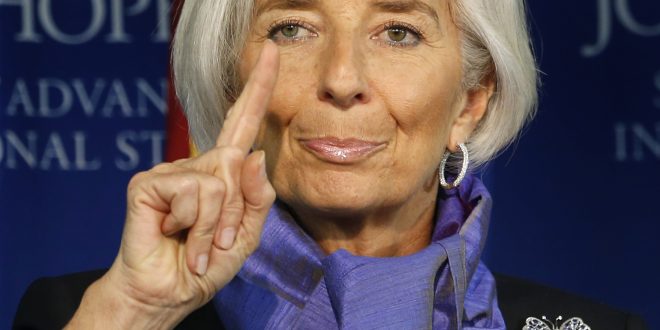 The austerity nightmare has no end. Despite the fact that the International Monetary Fund has only an adviser role in the third bailout program, it keeps pushing and pushing for cuts and more cuts without end. It wants cuts in unemployment allowance – currently at 360 euro. Cuts in poverty and heating allowance for social vulnerable groups, cuts also in the medical expenses taxpayers add in their income declarations.

The International Monetary Fund wants almost half a billion euro measures in case Greece does not meet the targets. I have no idea, whether the IMF new demands have to do with the Fund’s wrong calculations and estimations that most probably end in new demands because the IMF technocrats simply cannot deal with their own inefficiency.

It was only a couple of days ago, the fund’s director for the European Program, Poul Thomsen, admitted one more wrong projection. Thomsen said the fund’s technocrats mistakenly (?) did not take into account the impact of one of Greece’s major economic factors: the capital controls, imposed since end of June 2015!

The austerity measures worth €450 million for 2018 the IMF now demands from Greece are:

For the so-called countermeasures – social measures – the government agreed for 2019-2020 in Malta, the IMF ha a different approach. The measures should be allowed to be implemented not when Greece has a 3.5% primary surplus but “when there is a space of 0.2%” which is 3.7%.

I am sure, the more details of the insane demands will come out in the following days.

I wonder, what the IMF would demand if it was part of the third bailout….

If the IMF were tasked to fight apartheid, they would demand the removal of the suppressed party.