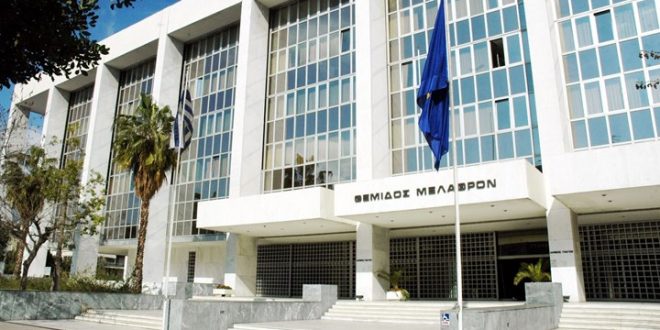 May 3, 2017 Refugees Comments Off on Prosecutor investigates claims of “genital mutilation” in refugee and migrant girls 428 Views

The prosecutor of Greece’s Supreme Court ordered an urgent investigation into claims of genital mutilation in juvenile refugee and migrant girls in the country’s’ reception centers. In a press release issued by the Supreme Court, the prosecutor stresses that this practice is “a barbarity that can not be tolerated by the Greek State.”

The investigation order comes just days after a member of a well-known non-governmental organization dealing with refugees and migrants denounced that this brutal practice is common in the hot spots of Greece.

According to the claims, dozens of girls under 15 underwent this torture. their parents hire either elderly midwives or unauthorized imams for a fee. The operations are performed without anesthesia, safety or hygiene rules. In some hot spots across the country, but also in Athens, a whole industry of such ‘therapists’ has been established, the NGO-member denounced.

Many of the victims are babies or newborns just a couple of months old.

State broadcaster ERT reported that the girls are mostly from Somalia, Indonesia or other countries where such practices turn girls into invalids.

The practice is not done only to females form African countries but also from Pakistan and other countries, the NGO-member told Proto Thema on April 23. The NGO-member, who spoke on conditions of anonymity, claimed also that the genital mutilation takes place also in apartments in Greek capital Athens.

Two years ago, a refugee from Kenya applied for international protection for her and her three minor children. The woman said she belonged to the Kikuyu tribe and therefore her children were at risk to undergo genital mutilation, as was the tribe practice. A Greek court ruled in favor of asylum for her and her children.

Female genital mutilation (FGM), also known as female genital cutting and female circumcision, is the ritual removal of some or all of the external female genitalia. The practice is found in Africa, Asia and the Middle East, and within communities from countries in which FGM is common. UNICEF estimated in 2016 that 200 million women living today in 30 countries—27 African countries, Indonesia, Iraqi Kurdistan and Yemen—have undergone the procedures.

Typically carried out by a traditional circumciser using a blade, FGM is conducted from days after birth to puberty and beyond. In half the countries for which national figures are available, most girls are cut before the age of five.

Contrary to the common belief, this barbarian practice has little to do with Islam.

The practice’s origins are unknown, but its east-west, north-south distribution in Africa meets in Sudan. Gerry Mackie has suggested that infibulation began there with the Meroite civilization (c. 800 BCE – c. 350 CE), before the rise of Islam, to increase confidence in paternity. According to historian Mary Knight, Spell 1117 (c. 1991–1786 BCE) of the Ancient Egyptian Coffin Texts may refer in hieroglyphs to an uncircumcised girl.

In the 19th century, genital mutilation was performed in Europe and the USA as a mean to cure what the conservative society and ‘scientists’ considered to be female ‘diseases’ suffered by teenager girls and women.