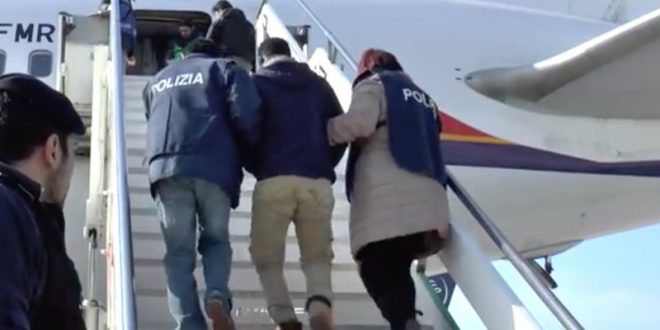 EU and Frontex spend millions for migrants deportations, when the money…

May 5, 2017 Politics, Refugees Comments Off on EU and Frontex spend millions for migrants deportations, when the money… 584 Views

The EU is spending millions forcibly sending people back to their home countries, when the money could be spent more constructively. According to a probe conducted by Brussels-based European news media outlet EUobserver, the cost of sending people back home can skyrocket to up 90,000 euros for one single case. The cost for enforced deportations skyrockets because nobody controls it?

The EUobserver probe of some 100 joint return flights coordinated by the EU’s border agency, Frontex, has revealed some startling facts.

The researched cases date from the start of 2015 to October 2016, with the numbers indicating huge costs for returning the thousands of migrants residing in European countries.

It has been calculated that, on average, the agency has spent around €5,800 for every individual deported back to their country of origin. Over 4,700 have left under the scheme.

The average cost is a rough estimate, as prices vary wildly depending on factors such as the destination of the flight, its route, or the number of escort personnel needed.

Deporting an Albanian from Germany may cost around a thousand euros, whereas forced returns to Nigeria may run up to €9,000.

A spokesperson at the Warsaw-based agency explained that sudden price hikes were also linked “unexpected circumstances.”

“When return operations might be planned and approved, sudden unexpected circumstances may lead to last-minute changes like returnees absconding, changed medical conditions, new asylum claims or other legal challenges.”

In some extreme cases, costs can spiral out of control, raising serious concerns over the efficiency of the procedures.

Last May, Swiss authorities asked Frontex to arrange a flight to deport four Togolese citizens and one from Benin back to their home countries. Ultimately two were deported and the whole operation came with a €177,000 bill, or more than €85,000 for each person taken back to their country of origin. In the end, the agency ended up spending close to €90,000 for each person returned to Togo.

The agency has so far spent over €16 million between January and April of this year alone.

How deportations are organized

EU states that want to arrange a removal flight first informs the agency, which then forwards the request to all member states, inviting them to ‘reserve’ seats according to their needs.

At this point, the agency evaluates the plan and decides how much money to allocate to each participating country.

An aircraft is then chartered from a commercial company, bureaucratic formalities are processed, and the flight is scheduled.

Following thorough checks, the returnees board the plane, with each of them being seated next to escort personnel – either police staff or private contractors.

On average, there are three escort personnel on-board for each returnee, although this may vary depending on risk assessments drawn up by participating countries. The passengers’ list is then completed by medical staff, interpreters and, on some flights, independent monitors.

Since return flights are often jointly financed by member states and Frontex, it is difficult to know the exact cost of each trip.

The EU institutions should instead invest their financial resources more wisely. Rather than powering ahead with an apparent quick-fix like deportations, there should be a focus on integration, which could be more beneficial in the long-term. Education, training, micro-credits for businesses and re-integration would mean that money would be spent more constructively and sustainably.

The European institutions, however, seem to have a very different view of the issue. In fact, despite their massive costs, forced returns are increasingly being seen as one of the top options to ease migration pressures.

Frontex had spent some €11.4 million on joint returns in 2015, which almost tripled the following year, with over €66.5 million now being devoted to the operations.

Frontex, had only deported 3,565 people on just 66 operations throughout the whole of 2015, while last year it organized 232 flights of over 10,000 people. (full story EUobserver)

PS I am afraid the huge cost has to to with the usual mentality of public servants in a huge bureaucratic organization where the right hand has no idea what the left hand does: they do not care how the available money is spent. They consider the available funds as “it’s not my money!”.