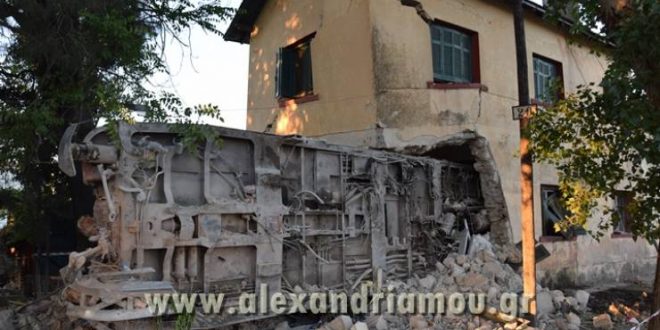 Greece train crash: At least three people died and seven were injured when a passenger train derailed in Northern Greece and literally ripped through a house on Saturday night. The Intercity I/C 58 with 70 passengers and 5 crew members was traveling from Athens to Thessaloniki.

The derail occurred at the entrance of  the small town of Adendros, around 37 km before the train reached its final destination.

The carriages were toppled on their sides, many windows smashed.

The unbelievable: the train main carriage crashed into the ground floor of a tw0-storey house. 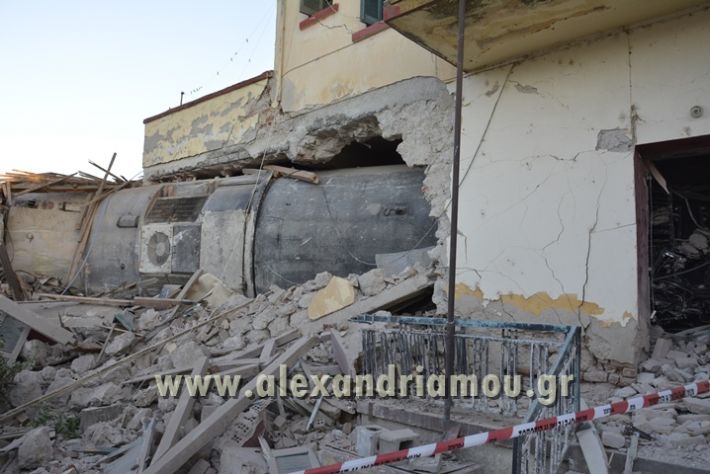 Local residents told media they heard a strange noise and then saw the train coming and ramming into the house. 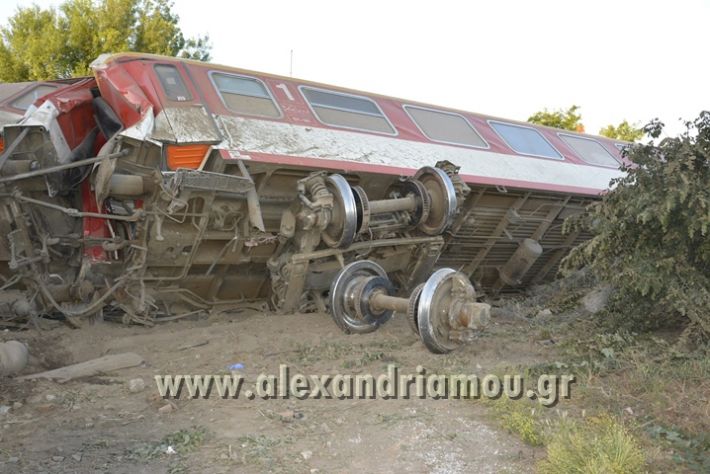 The driver was in critical condition, railway company TRAINOSE said in a statement. TRAINOSE had earlier reported that 4 people were killed, it later removed the announcement on its website.

Short before 12 o’clock noon Sunday, one of crew members passed away. The second engine driver was transported seriously injured from from the crash scene last night. He was hospitalized intubated. 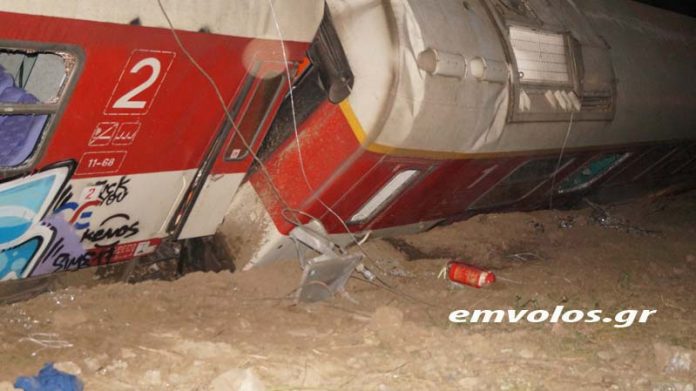 The cause of the accident is not known yet.

It looks as if the train first swept electricity columns before toppling on the side and crashing into the house with the engine carriage.

Two people who were inside the house survived. One told local media that he managed to jump out of the house.

Authorities investigate the accident on a rail track that was very frequently used. “Investigation will show whether it was the speed or a track problem,” the mayor of Chalkidona told media. 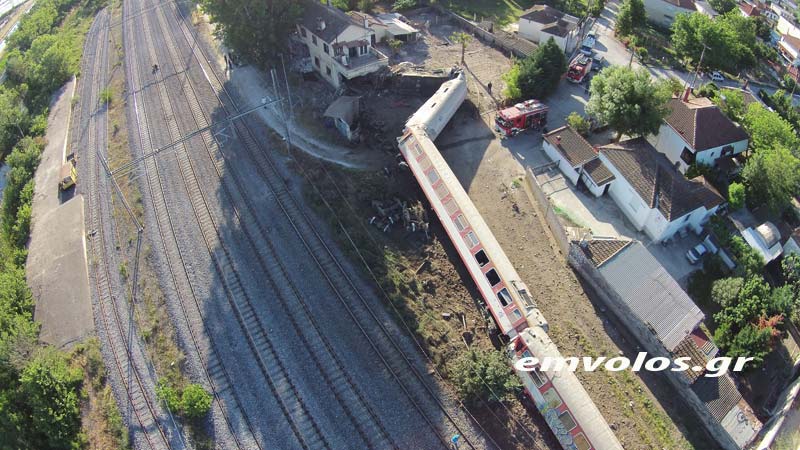 There is serious damage on the house. Ιt seems that it has not collapsed yet because it leans on   on the train carriage. “This says a lot about the force of the crash,” a local city council member told media.

Fire brigades and ambulances rushed to the spot worked until early morning hours to rescue passengers.

A totals of 28 rescuers, 12 ambulances, 3 health mobile units with doctors, 12 fire trucks with 60 people, and more than 80 traffic policemen took part in the huge operation.

Passengers who were not injured and passengers waiting at other train stations were transferred to Thessaloniki with buses provided by the Trainose.

According to latest information, the maximum speed allowed at the point of the accident is 60 km/h because of a key that can change the trains route.

Greek media speculate of ‘human error’ and ‘high speed’ as causes of the accident. the rail track was new.

A total 16 people were injured, some very slight that they did not even seek medical care in the hospital.