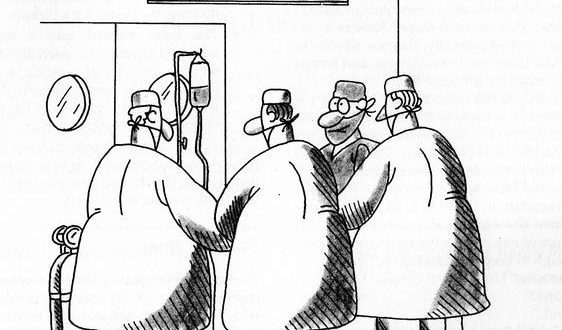 “Greece’s latest cuts extend austerity to decade mark,” Associated Press wrote this morning with reference to the new austerity package bringing measures worth 4.9 billion euros for 2018-2021. Just a decade? The country is been restructured and rescued, while parts of the society cannot afford a descent living. The upcoming austerity measures will give another push – the final push?- to large parts of the Greek society to reach the bottom of the pit.

The central idea of the omnibus bill and the agreement between the Greek government and the creditors is the Greece macroeconomic indicators improve and will continue improving the strict austerity continues.

Already the Greek 10-year bonds are at levels of 2012, the Athens Stock Exchange nears 800 points on Monday, the first day ASE opened after the submitting of the austerity package to the Parliament for voting. According to data for the Q1 2017 released today, recession is -0.5%, much better than expected.

A neighbor working in the real estate in south suburbs of Athens has been telling me that “things finally got better” and that mostly foreign investors have interest in buying property in Greece.

Our modest middle-class neighborhood has been recently experiencing a market boom: cafes, souvlaki diners and lottery shops. Until 2015, there was no cafe around, now there are eight such establishments left and right the main road, within in a distance of less than 500 meter. Practically, I could spend the whole day going from cafe to cafe to get my cappuccino or freddo cappuccino on the go. Young people with university degrees work part-time in these shops, young people with university degrees are the clients. Our neighborhood seems to flourish economically. A cynic would say that investment is galloping in our little neighborhood in a south suburb of Athens that has no retail shops or craftsmen or production facilities.

The road is open for Greece to return to the bond markets, whether in summer 2017 – as the government hopes – or a year later – as creditors predict – it doesn’t matter.

Greece, the country, delivers and performs. Too bad that the Greeks are dying. Exhausted and drained from the strict austerity of the last seven bailout years. And the worse is still to come.

The austerity measures signed in 2015 is still to be implemented until 2018. When the current Greek program ends in August 2018, another austerity package will strike Greeks right on the head and the pockets. The measures for 2019-2021. It makes no difference whether the measures will be implemented if the IMF is not in the program, as the government heralds, it doesn’t matter if some social measures will be implemented to balance the austerity cuts in all pensions, incomes and social welfare. It’s all in the sphere of government narrative to sell the package to the left-wing lawmakers and secure the voting.

The new package has some structural reforms like opening shops on Sundays and selling non-prescription drugs in supermarkets. The rest is cuts that will affect millions and the privatization of state-run enterprises.

And that’s where the creditors’ narrative of constructively reforming Greece ends. What the bailout agreements will have succeed with is the systematic destruction of the social fabric, the cheap labor justified through the over-taxation of businesses. Greece’s economy will improve at the expense of the people, of  the pensioners and of the low-paid workers whose rights are abolished. Rights for descent payments and working conditions, social rights that people gave their blood decades ago to acquire them.

Austerity packages are not about repaying the debt loans. They are about creating new labor conditions, impoverishment of large groups of the society, abolishing labor conditions and social welfare in times of extreme capitalism that blesses entrepreneurship through funding. Ninty percent of the bailout tranches return to creditors.

This is the structural reform of Greece as a country.

With the new austerity package, Greece, the country, will exit the economic crisis, while Greeks, the people in this country, will be left behind with tough measures that will keep pushing them with both hands into bitter poverty for many years to come. If the middle-classes managed to survive until now, their turn will be next. The destruction of social fabric is predictable.

The systematic deprivation and impoverishment of the Greek society has been and is part of the plan. The pretext is that reducing pensions and civil servants salaries serves the reduction of public spending and the survival of social security funds. Decreasing the minimum wage and consequently the salaries in the private sector is helping Greece to be competitive for investment, they claim. And this is also the target of flexible labor work conditions, mass lay-offs. All is done in the name of the famous competitiveness.

At the same time, the over-taxation of businesses with 29% tax, 100% tax payment in advance and extra trade charges and increase of social security contributions for self-employed, freelancers and farmers has one goal: to put pressure on them to keep salaries and wages at lowest possible level.

The experiment started at national level, employers and employees get used to it, they adjust physically and psychologically. Transition period to clean the floor for the foreign investors to come.

Greek employers jumped in already in 2012. Those workers who could not migrate abroad for a better living, stayed in Greece and became part of the plan. Still hoping for a better future.

The trap is that so far everything is supposed to happen in the name of reforming Greece for its own economic benefit. But what has happened until now in the seven years of bailout and austerity agreements? Did big investors come and open factories to boost economy through exports? No. The big investments occur in the service sector and mainly though privatization like the 14 regional airports, the privatization of the ports of Piraeus and Thessaloniki. Sure, these projects create short- or long-term work places, but they do not make Greece’s economy sustainable.

We do not produce, we do not export. We serve.

We serve coffee and souvlaki and sell imported goods for internal consumption only.

Of course, the power machine of Greek economy is the tourism. Apart from building new hotels, opening new bars and restaurants and souvenir shops, I have not seen much of development in boosting so-called thematic tourism, call it ecotourism, medical tourism, religious tourism, culinary tourism  and what-ever-tourism.  I remember, these projects were due ever since the economic crisis started. We are still lag behind. No bank loans, no investment funds, no business.

The Greek society and the political elites failed to build a joint front to re-create Greece.

The social turmoil stopped once the socially-oriented opposition came into power in 2015. The middle-classes grabbed their assets to make ends meet, the poor found food and some kind of support in the many charities that started to flourish once the impact of the first bailout set in.

The case of a needy homeless here, the tragedy of a family there come occasionally in the headlines. They fall through the social safety net established by local authorities and societies and the church. Donations pour in, packages of clothes and baby diapers arrive, some wealthy citizen pays the electricity bill. The problem is often locally solved, everybody comes in order with his own conscience.

There is no turmoil in the Greek society. A general strike is scheduled for May 18th but as usually it will reach nothing. It’s the unions are feel as their obligation to resist the new austerity tsunami. In other days, there is silence.

The Greek experiment is taking place slowly. Phase A now, Phase B two years later. One does not notice how the social structures change within a week or a month. One only sees a mountain of bills and taxes and household expenses that have to be paid, while the incomes or savings surge years by year.

I cannot say whether the austerity package 2018-2021 is the last agreement. But it looks as if it leads to further economic burdens and social imbalance. The structures of the society will have changed by 2021. The experiment happens slowly and gradually.

I cannot tell whether next to the average people, also the political system, the political elites, will pay the price. Greeks are known to have a short memory, shorter than the one of a gold fish. They often tend to believe that a political party may meet their expectations once it changes leader or name.

But I cannot blame them. It is part of a surviving strategy in times of economic, social and moral crisis.

Furthermore, there have been no reliable political alternatives. And there will not be any. We are the same people with the same mentality before, during and after the crisis.

The question is for how long Greece will remain Europe’s laboratory for this unprecedented  economic experiment.

PS An old neighbor broke his leg and was operated. Doctors said the operation was a full success. They put a titanium blade, the surgery lasted eight hours, the patient recovered, was released from hospital. Physiotherapy was prescribed. His family brought him back and forward to the hospital for x-rays and checks, the orthopedics were amazed about how successful the operation was. But the man died after six months sharp. His body was too weak for such a surgery due to other health issues. The doctors never asked why the family missed the next appointment for x-rays to check with the patient.