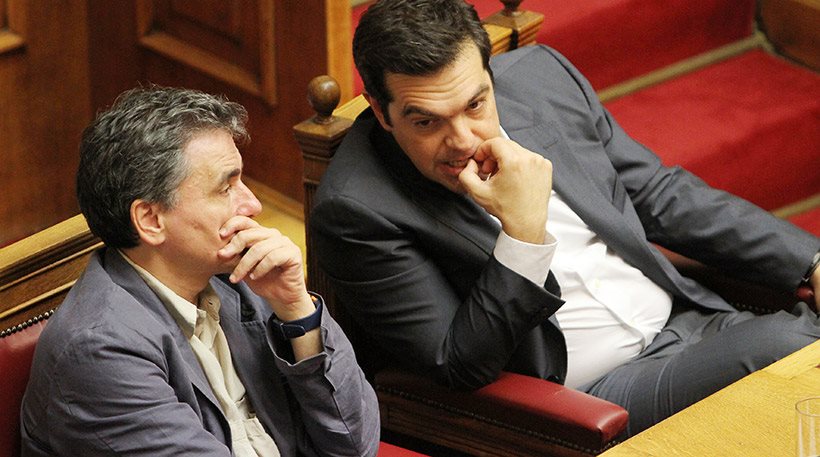 The omnibus bill and midterm plan for 2018-2021 has been submitted to the Greek Parliament. The relevant parliamentary committees are to examine 941 pages containing measures for fiscal targets and so-called reforms, the mid-term fiscal strategy framework and other provisions, before the plenary will vote it on Thursday, May 18 2017.  A monster of austerity package that will affect millions of Greeks, low-incomers and needy not exempted.

The measures bill reaches 4.9 billion euros, 1.3 billion more than the government was initially claiming. Then the omnibus bill contains measures much more than those demanded by the International Monetary Fund for 2019-2020. That is 3.6billion euros through further cuts in main and supplementary pensions and lowering the tax-free basis.

In an effort to convince its own lawmakers from left-wing SYRIZA and nationalists Independent Greeks to vote for the new austerity, the government justifies that the bill contains also social measures worth 2billion euros. In addition, prime minister Alexis Tsipras has repeatedly said that the measures 3.6billion will not be implemented if the IMF remains out of the program. And at the every end, “Greece will soon return to the markets”, claims the government narrative.

The omnibus bill contains cuts up to 25% in pensions  incl 10% cuts in pensions of 500 euros through scrapping the spouse allowance. Cuts in tax reductions, allowances  and social benefits, reforms in the labor market that will make mass lay-offs easier. Increase in social security contributions for self-employed and free lancers. Further cuts in the health sector.

Privatizations of state-run enterprises include: 50% of the Athens Water Company, 51% of Thessaloniki Water Company, 34% of Public Power Company, 25% of Athens International Airport, as wells as the bus, train and metro companies, the post service ELTA.

There are provisions for opening of shops on Sundays from May to October and sale of non-prescription drugs in supermarkets.

The bill scraps the tax-free for lawmakers and consequently judges and sees cuts in the special payrolls.

It also enables the operation of foreign funds to acquire non-performing loans, and allows electronic auctions as of September.

The primary surpluses are extraordinary high considering the economic activity in the country.

The draft does not contain any provision that will allow Greece to not implement the measures.

The omnibus bill in pdf in Greek is here

The draft bill will be discussed in the relevant parliamentary committees on Monday and Tuesday under urgent procedures and will be submitted to the plenum to be voted on Thursday 18 May.

Given the outcry coming from opposition parties and unions, the government puts emphasis on the countermeasures, the social measures it plans to implement, although it is not sure it can implement them. Furthermore, general parliamentary elections are due in 2019 and it is not so sure that SYRIZA will be in power again.

The austerity package will affect millions of workers and households,  low-incomers and needy are not exempted.

The average Greek will not see the effect of the new austerity package as of May 19. The monster austerity lies ahead and will be in addition to the already existing austerity.

The government was initially saying that legislation of austerity measures now to be implemented later was against the Greek Constitution.

PS Apparently, Greece changed the Constitution and nobody took notice ….