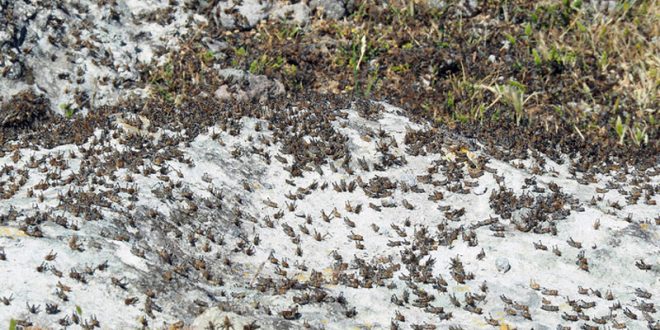 May 19, 2017 environment Comments Off on Locust plague takes hostage the island of Agios Efstratios now under ‘state of emergency’ 1,658 Views

Millions of locust have invaded the island of Agios Efstratios – Ai Stratis- in the North Aegean Sea in recent days. They destroy grassland essential for the sheep and goat farming and cause major disturbance to the lives of residents and tourists. The mayor has declared the ‘state of emergency’ on Wednesday.

Agios Efstratios (Saint Eustratius) commonly knows as Ai Stratis is a small Greek island in the northern Aegean Sea about 30 kilometres southwest of Lemnos and 80 kilometres northwest of Lesvos. 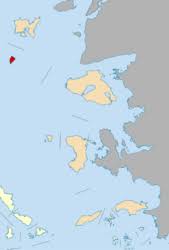 The island has been included in Natura 2000. Its arid climate and the absence of agriculture enables the rapid reproduction of grasshoppers. 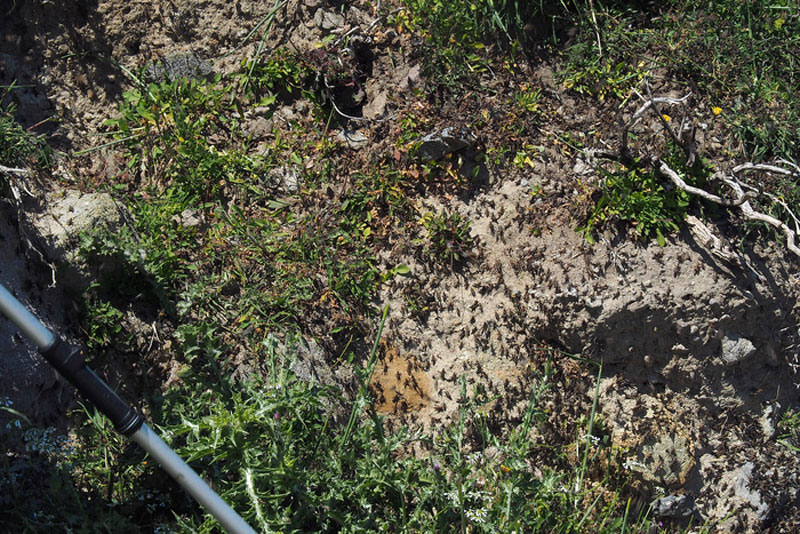 Locust pictures from the island 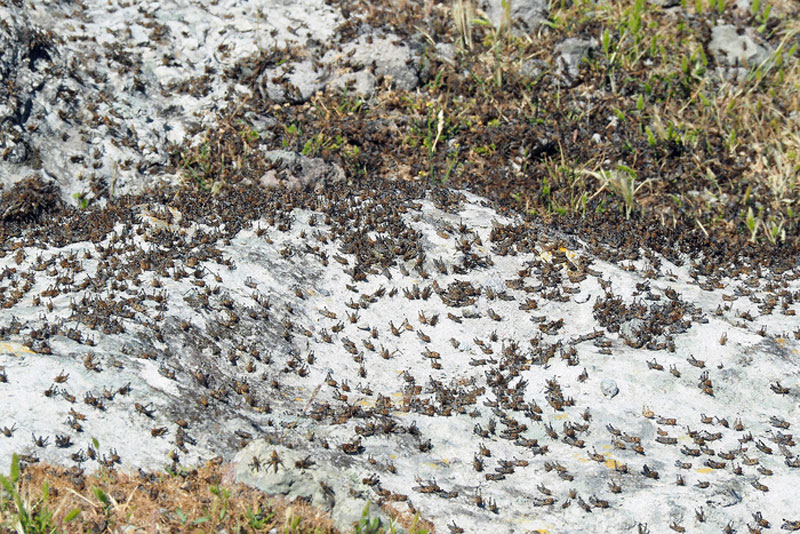 Speaking to daily Ethnos, mayor Maria Kakkali said that the problem is not new and it was even worse in summer 2016. “We were not even able to walk on the streets,” she said adding that the insects were invading homes and shops.

Experts from the Agricultural University in Athens have proposed as solution aerial spraying with eco-friendly, organic chemicals as the island is included in the European Union’s Natura 2000 network of nature protected areas. A three-year plan has been already worked out, the areal spraying will be conducted also from drones in order to exterminate the swarms of grasshoppers in areas that are hard to reach.

However, before the spraying is possible several bureaucratic obstacles must be removed. The Mayor expects the spraying to begin in June. Compensations are to be claimed as well.

Until authorities proceed with the essential measures, the millions of locust keep wiping out the last green grass on the island, threatening the livestock farming and affect human activities. They turn the lives of 270 residents into a nightmare as they invade also into the homes. Furthermore, they undermine the modest tourism industry and the attraction of visitors.

“There is no agricultural production, but sheep and goat livestock farming. This is very much affected by the plague as locusts destroy the native vegetation that feeds the animals,” mayor Kakkali stressed.

Due to the special climate and vegetation conditions on the island, grasshoppers have been reproducing rapidly in recent years.

Citing experts, Greek media write that the problem has emerged because there is no agricultural activity on the island. The result is that the soil s not being swirled and that the locust can rapidly reproduce exactly inside the soil.

According to entomologist at the Agricultural University, Dr Antonis Tsagarakis, the locusts belong to the kind of Dociostaurus Maroccanus. This kind exists throughout Greece and is migratory, i.e. it leaves a region when it does not find enough food, and moves to another.

“These grasshoppers are born in the ground. The specificity of Ai-Stratis in relation to other continental and island regions is that there is no rural activity and rural road network. The soil does not swirl and therefore the species reproduces undisturbed,” he said.

The Moroccan locust lays eggs in pods with about thirty eggs each. The time taken from hatching to maturity is about thirty days.

It breeds in undisturbed soil and does not reproduce in arable fields.The optimum rainfall for development in the months from March to May is one hundred millimetres. If the spring is unusually hot and precipitation is low, and especially if it is the second dry spring in succession, numbers of young locusts can increase dramatically. Mass outbreaks of nymphs occur and destroy the vegetation where they hatch. From the second instar stage onwards, the hoppers aggregate and the population density can reach several thousand nymphs per square meter.

The island has an arid climate with little rainfall during the winter months and long, hot summers. The landscape is mostly rocky, with scarce and low vegetation. Crops are insignificant; the surrounding sea, however, is rich in fish which are fished by local fishermen.

First teams to free the island from grasshoppers have already arrived on the island.

Because of the embossed and inadequate road network on Agios Eftratios, many areas are not accessible to locust extermination teams. Therefore past attempts to deal with the problem have failed. The use of drones may free the island from the Pharaonic plague for ever. 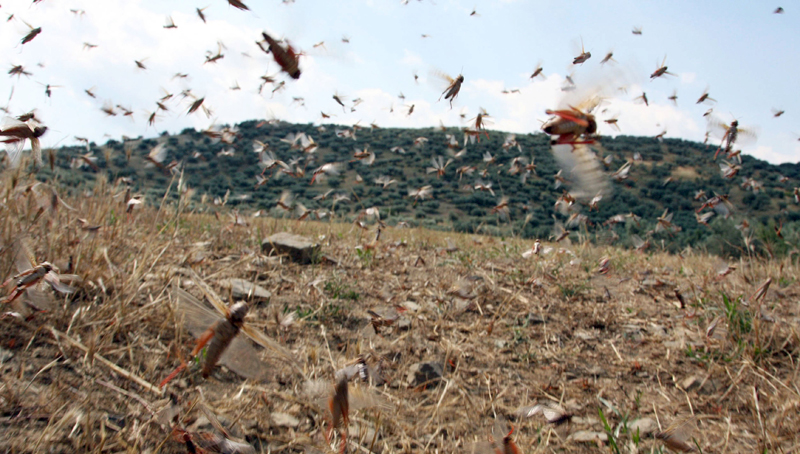 The state of emergency runs from May 17 to August 17 2017.  It has been declared by the civil protection authority in order “to limit the locusts’ impact on human health, plants and livestock.”

Mayor Maria Kakkali underlined to state ERA radio that grasshoppers affect the vegetation and the livestock on the island but not the visitors.