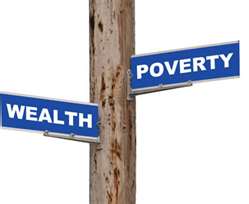 More than 1.2million Greek pensioners live on less than €500 per month

More than 1.2 million Greek pensioners live on less than 500 euros per month. The dramatic income decreases in main and supplementary pension are shown in data released by the System for Pensions Control and Payment “ILIOS“. A 6% deducted also from the low main pensions goes for  health care.

The date refer to main and supplementary pensions but also to pensions due to disabilities as well as for widow’s.

The average pension is at 722 euros per month and it refers mostly to pensioners of the country’s private sector. Supplementary pension average is at 170 euro.

The data refer to the period July 2015 – December 2016. As of January 2017, pensioners’ income decreased more due to cuts in the poverty allowance for low-pensioners EKAS.

It should noted that in December 2016, the largest number of new main pensions is found in private sector social security fund IKA. The rate was 41% and it concerned pensioners aged 56-60 and 61-65 years.

With unemployment steadily over 23% – occupationally also higher during the economic crisis- an unemployed over 50 has absolutely no chance to get a job in the private sector. Many prefer to go into retirement even on a low-pension to escape the desperate job search. Unemployment allowance of 365 euros runs for only one year. After this period, the unemployed is left alone and has also no health care coverage.

The problem with the low-pensions is the absence of welfare, while consumer price are on permanent increasing mode. Not only due to extra tax charges.