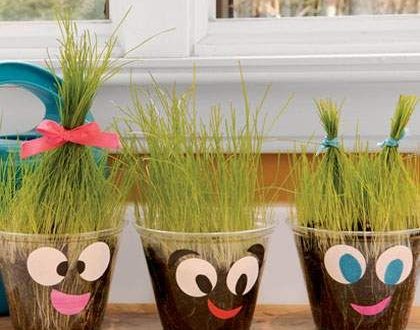 Eurogroup: Greece talks break down, when Schaeuble and IMF fail to bridge the gap

Decisions taken by the eurozone finance minister at the Eurogroup on Monday were supposed to be from ‘good’ to ‘excellent’. What really happened was a long meeting that ended in suspending the meeting and postponing the decisions for three weeks later. Not only there was no decision on debt relief. Even the second review was not concluded. Exiting the meeting hall, the eurozone finance ministers turned off the lights thus forgetting to turn on the green light for the disbursement of the 7-billion euro bailout tranche.  they found out that Greece had fulfill only 104 prior actions and that 36 more were due.

No matter how hard (?) they tried, the International Monetary Fund and German Finance Minister Wolfgang Schaeuble could not bridge the gap on Greek debt sustainability. They got lost in their stubbornness they call ‘technical details’ and ‘primary surplus’.

They instead tried to fix the impossible. And failed.  According to reports from Brussels, Schaeuble and IMF’s Poul Thomsen were discussing for hours behind closed doors.

I suppose, the rest of the eurozone ministers were sitting around, chatting about the weather and the benefits of eurozone meetings. They tired to pass the time as good as they could to avoid drop down from their chair out of endless boredom. exclusive pictures from the Eurogroup meeting on May 22 2017 Part of Greece’s comprehensive deal seems to be a guaranteed budget surplus for more than 40  years.

@g_christides So GR supposed to run primary surplus for 40+ years Someone pls replace whatever EU&IMF r drinking with this paper:

The IMF has argued that the eurozone forecasts underpinning the Greek bailout are too rosy and that the country as a result should get substantial debt relief so it can start growing on a sustainable basis following a depression that’s seen the economy shrink by a quarter and unemployment and poverty levels ratchet up sharply.

At the same time, German-led Eurogroup has ruled out any debt write-off, it has indicated that extending Greece’s repayment periods or reducing the interest rates on its loans are possible at the conclusion of the bailout next year.

@J_Dijsselbloem: All institutions agree that Greece must maintain primary surplus of 3.5% until 2022

After the repeated failures in Greek projections, the IMF seems to believe that it is able to forecast accurately the Greek growth in relation to GDP for two years.

In contrast, the Eurgroup claims it predict Greek surpluses for the next 43 years

Eurogroup head Jeroen Dijsselbloem said a broad settlement involving both the next payout and the outlines of a debt relief deal is close, and could be reached in three weeks when finance ministers from the 19 countries from the single currency bloc meet next in Luxembourg on June 15.

But they have said this a couple of days before the May 22 meeting, didn’t they? Then just two days ahead, Schaeuble showed the direction.

EU Commissioner Pierre Moscovici had omitted reading the latest relevant posts on KTG and claimed upon his arrival at the Eurogroup “we’re going to close the deal.”

No small comfort: Dijsselbloem said he was impressed by the progress Greece has made.

But no Greek progress is enough to impress the German ruler. Even German conservative newspaper DIE WELT noted that this time it was not Greece’s fault that the Eurogroup did not make a decision.

“The expectation is that we can reach an agreement within the next three weeks.”

Given the last signs flashed by Schaeuble, my two cents there will be no comprehensive agreement on June 15.

They will agree to release the 7-billion euro tranche in installments and maybe – I say: maybe – add a phrase saying “we will discuss with Greece possible debt relief measures after current Greek program concludes in August 2018.”