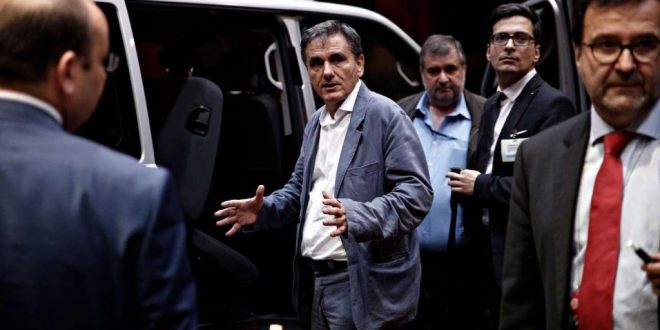 A great scoop for a Greek website that obtained the minutes from the Eurogroup meeting on May 22 2017. Economic news website Euro2day.gr publishes six pages of the minutes of the stormy meeting on Monday that ended in failure.

Blame is initially on the International Monetary Fund. Until the German proposal came through the Eurogroup chief. But then Greece rejected it saying this is the worst option.

Poul Thomsen, the Europe representative of the International Monetary Fund, torpedoed the meeting. he rejected all possible solutions, said Yes to bailout tranche disbursement but No to debt sustainability.

Eurogroup head Jeroen Dijsselbloem admitted that he cannot find a solution that will satisfy all sides.

Dijsselbloem proposed the IMF participation without financial support. Thomsen replied this was a proposal we could talk about.

Tsakalotos said this is ‘the worst option’ of all options. 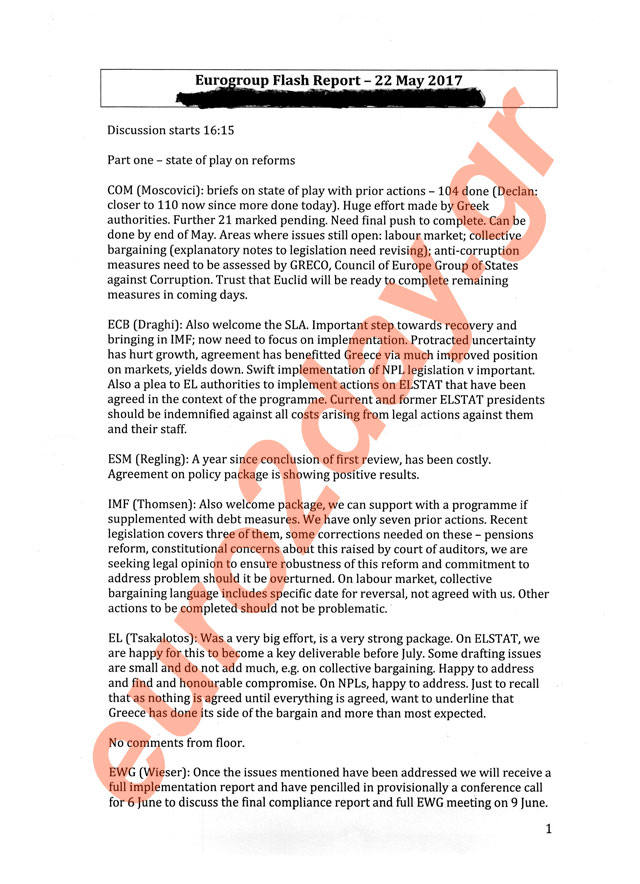