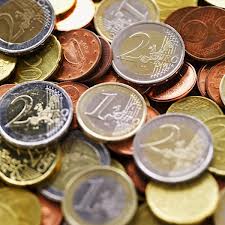 Commission’s vision for Eurozone integration: a Finance Minister, a Fund and “eurobonds”

June 1, 2017 Economy Comments Off on Commission’s vision for Eurozone integration: a Finance Minister, a Fund and “eurobonds” 222 Views

The European Commission presented on Wednesday (31 May) its proposal to “move forward” on eurozone integration with a treasury, a finance minister and several instruments to make the financial sector less vulnerable to crises. incl the issuing  of “eurobonds” that are proposed as “safe asset”.

The Commission document calls on member states to complete the banking union and the market capital union before the end of 2019. Then, until 2025, the “architecture” of the economic and monetary union should be completed with a series of “more far-reaching measures”.

In the first phase, the Commissions says that the measures already agreed or implemented should be topped up with a financial backstop: the Single Resolution Fund and a European deposit insurance scheme.

The fund would be able to rescue a failing bank, while the scheme would protect people’s savings.

The eurozone governance should be improved, with an increased role for the European Parliament, but no specific eurozone parliament.

In the second phase, before 2025, the Commission proposes to create an “EU finance minister” in charge of a eurozone treasury. The “minister” would combine the functions of euro commissioner and permanent president of the Eurogroup. The treasury would carry out the “economic and fiscal surveillance” of member states.

The Eurogroup itself, which is currently an informal gathering of the eurozone finance ministers, would become an official ministerial council and would be granted “decision-making competences”.

The most controversial among the proposals could be the propositions to create a so-called “safe asset” to issue bonds in common and to change regulation for sovereign bonds so that banks are encouraged to diversify their holdings.

The proposal does not amount to creating eurobonds, a system that would put EU countries’ debt in common.

The document, which is part of an ongoing reflection about the future of the EU, aims to “fill the gaps” in the single currency and to help the eurozone economies to converge.

“For the Economic and Monetary Union to be stronger, Member States must accept to share more responsibilities and decisions on euro area matters, within a common legal framework. This could be through the EU Treaties and its institutions, an intergovernmental approach or, as is the case today, a mix of both. Further political integration could involve a rethinking of the balance between the Commission and the Eurogroup and could justify the appointment of a full-time permanent Eurogroup chair, as well as unifying the euro area’s external representation. The idea of a euro area Treasury – possibly with a euro area budget – as well as a European Monetary Fund are also discussed in the public debate, and could be considered at a later stage of the deepening of Economic and Monetary Union, within the EU framework” (from the Commission paper)

“We cannot and should not wait for another crisis,” said commission vice president Valdis Dombrovskis, who admitted that “doubts remain about the full stability and safety of the system”.

He said that the Commission was putting forward a “balanced approach”, where “solidarity and responsibility, risk-reduction and risk-sharing go hand in hand”.

Risk-sharing? Solidarity? This could trigger a panic attack among some eurozone members. Germany rejected some of the proposals right away.

When asked about the European Commission paper on a joint budget and debt and deeper EU integration around the single currency, Germany said it opposed any plans for the euro zone to issue collective debt.

Germany would look at the Commission’s proposals and it was too early to go into individual points but Germany’s view was that Europe had to implement existing rules to boost credibility before embarking on further integration.

“Member states must … create stability and growth in the euro zone through structural reforms and cut debt,” she said, adding diminishing risk in the financial market sector was needed “before we talk about further sharing of responsibility”.

On the question of the mutualisation of debt, it will is not surprise that the German government’s view of rejecting euro bonds, common debt, has not changed.

more on the Commission paper here.