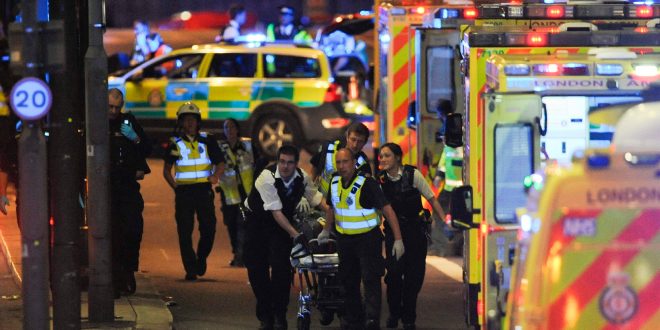 Greece’s political leadership and parties of the opposition condemned the terror attack in London on Saturday night.

The President of Hellenic Republic, Prokopis Pavlopoulos, expressed his abhorrence over the new terror attack in London. The general secretary of the Greek Presidency Georgios Gennimatas, following the president’s order, expressed early on Sunday “the Greek president’s abhorrence over Saturday night’s terror attack in London and his deep condolences to the families of the victims along with his sincere wishes to the injured for rapid recovery”.

With a post on his Twitter account on Sunday, Prime Minister Alexis Tsipras said “With determination and solidarity we will win the terrorism and the fear,” and expressed his support to the British people.

We stand with the people of the UK in these difficult times. With decisiveness and solidarity we can defeat terrorism and fear.#LondonBridge

In a statement the Foreign Ministry said “We unequivocally condemn the deadly terrorist attack that was carried out last night in London. We express our support to the British people and its Government, and our sincere condolences to the families of the victims.”

Main opposition leader Kyriakos Mitsotakis (New Democracy) said “We must do whatever possible to put an end to terrorism.”

Third attack in three months in GB! Committed to the fight against terrorism, we stand with the people of the United Kingdom! #London_Bridge

Also leader of PASOK, Centrists’ Union and To Potami condemned the terror attack.

A white van hit pedestrians on London Bridge at about 22:00 BST on Saturday, then three men got out and stabbed people in nearby Borough Market. They were shot dead by police minutes later. Seven people were killed and 48 people were injured.

Condemning the attack, Prime Minister Theresa May said it was “time to say enough is enough”.

Sunday noon, police arrested twelve people in Barking, east London, following a raid by police at a flat owned by one of the three attackers.

It is the third terror attack in the UK in three months, following the car and knife attack in Westminster in March, which left five people dead, and the Manchester bombing less than two weeks ago, in which 22 people were killed.