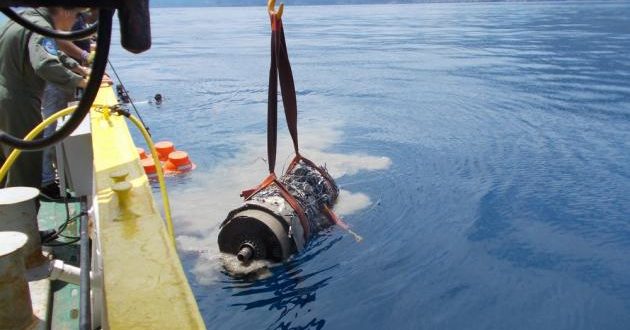 From a depth of 580 meters, teams of the Greek Air Force recovered important parts of a Mirage 2000 that crashed into the sea area between the islands of Skopelos and Euboea.

The pilot abandoned the Mirage before the crash, through the ejector seat. He fell into the sea wearing a life jacket. Through the survival kit he managed to inform rescue teams about his exact position. About an hour later, he was recovered by a Super Puma helicopter.

The accident occurred during training together with another aircraft of the same type.

Recovered were important parts of the M-2000 (recorder, tail, engine) in order to investigate the causes of the fall. According to a statement issued by the Hellenic Air Force, teams participating in the Mirage 2000 recovery were the Air Force Expert Committee of Air Force Investigators, submarine shippers of the Mobile Subsurface and Marine Installations Conservation Group (KOSYTHE) of AF, as wells as research staff of the Hellenic Center for Marine Research (HCMR) which was responsible foe the lifting.

The operation took place on June 15.