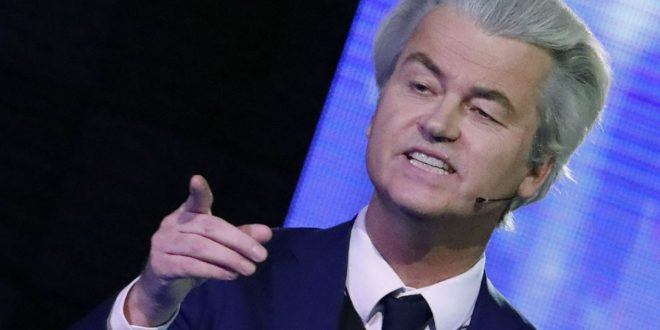 This is one of the glorious moments of bottomless populism and the absolute absence of culture and knowledge of culture. I am writing this not because I feel offended reading that a far-right Dutch populist claims Greeks spend the money on souvlaki and ouzo. His compatriot, the so-called social-democrat Jeroen Dijjselbloem had said it much better and was really original, when he claimed that Greeks and other Europeans of the EU South spend the aid in wine and women. Wilders is just a miserable and clumsy copy cat. Pathetic. 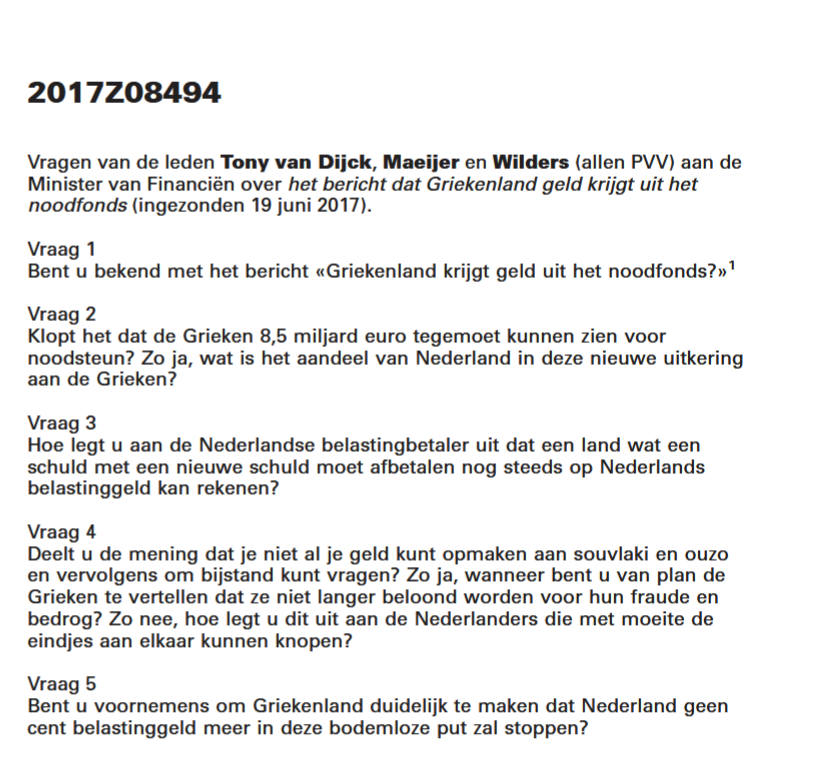 In a question submitted on June 19 2017 to the Dutch Parliament about the 8.5 billion euro new loan approved at the Eurogroup last week, Wilders and two of his party comrades asked among others:

Poor Dutch politician chews on a pen, drinks a glass of plain water because he cannot afford  souvlaki and ouzo. 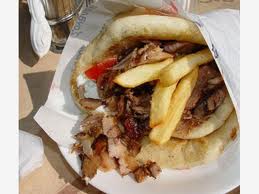 A clear No. I am not offended at all.

I am shocked about the fact that some Geert Wilders believes that Greeks live in their own country souvlaki-eating and ouzo-drinking tourists.

Not that I care much that a Dutch fascist has no idea about mousaka, pastitsio, choriatiki salata, aubergines imam, baked chicken, ladera like fasolakia and bamies, moschari psito lemonato, briam, fresh fried calamari and grilled octopus, just to mention a few of the  typical and delicious Greek dishes.

But it says a lot about his education and culture. No wonder he managed a political career based on cheap arguments, addressing the ordinary man of equal level of ignorance. Building careers on cheap political communication is typical for those who have nothing to say because their intellectual capacities are awfully limited for they work on discount mode.

By the way: Wilders addressed his question for Dijsselbloem, who is still acting finance minister as the elections winner has failed so far to build a coalition government.