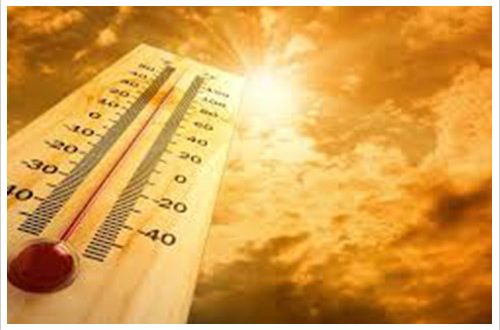 Air temperature above 38 degrees Celsius, humidity and wind stillness will be the characteristics of the weather expected in the next days and week. The heatwave sweeping across Europe and USA will reach also Greece.

According to Greek meteorologists, temperature will gradually rise as of today, Thursday, to reach 38-39 degrees Celsius over the weekend.

Area most hit by the heat wave are: Athens, Larissa and Argos in eastern Peloponnese.

At the same time, indications hint of an even stronger heatwave at the end of the month where temperatures might go above 41 degrees Celsius.

A very slight temperature drop is expected Monday to Wednesday, especially in the east and south of the country.

By Thursday, June 29th, temperature will rise again and may reach up to 41° C locally in the mainland.

In general, air temperature is slightly cooler on the islands of the Aegean and the Ionian Sea.

While Greeks will be grilled at the beaches during the day, in some areas they will have the chance for coolness at night. Rainstorms are expected in Western Macedonia on Saturday, June 24, rainstorms and thunderstorms in Central Greece on Sunday night.

An unprecedented heatwave has been holding Europe in its grip, from UK to Italy and even the alpine Switzerland.

In Guildford, a road surface melted on Tuesday , with motorists likening it to a bar of chocolate left out in the hot sun.

A peak in pollution linked to the heat prompted police in the Paris region to reduce speed limits in some areas and divert heavy goods trucks, with the most polluting vehicles banned from the capital on Thursday.

In Russia, Siberia was also suffering a heatwave, with temperatures of up to 37 Celsius in the city of Krasnoyarsk.

A study has warned that heatwaves would become more and more common around the world even if the rise in temperatures was capped at 2 degrees Celsius as targeted by the Paris agreement to combat climate change. “Even if we outperform Paris targets, the population exposed to deadly heat will be 50% by 2100,” said Camilo Mora, author of the study . 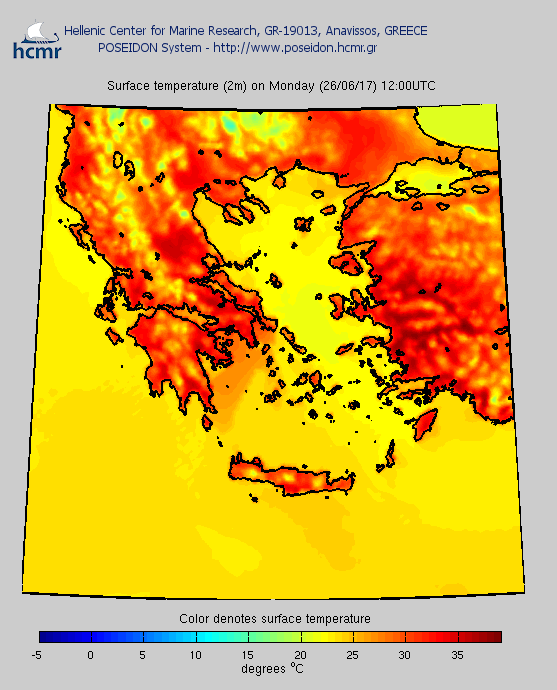 Temperature will rise even in the sea from south Euboea to south-east Peloponnese.

PS think of a bowl with fresh water for the strays. 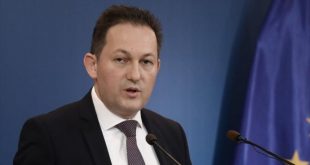