July 3, 2017 Uncategorized Comments Off on 200 earthquake-hit locals sleep on the streets after tourist season opened on Lesvos 1,001 Views

Some 200 people, residents of the village largely destroyed by the earthquake, are back on the streets, seeking a place to sleep. They were staying in hotels and touristic rooms since the earthquake with 6.4 R stroke the island of Lesvos on June 12 2017  and destroyed the majority of the houses in the village of Vrysa. Accommodation and food was paid by the Lesvos municipality.

Hoteliers and touristic room owners had informed the authorities that the earthquake-hit residents could stay in the offered accommodation until June 30th. With the opening of the tourist season on July 1st, all available accommodation was booked by tourists.

Young and old, families with children and elderly were sent back to the streets.

“Suddenly there was not money for us, not for a room, not for food,” a woman told Skai Tv on July 1st. “We were sent to the streets.”

The woman added that hotel owners told them they had to pay 30 euros per night if they wanted to stay longer. “900 euros for a month? Where to find the money?” the woman said.

The woman and her husband said they secured a place to sleep for the 85-year-old mother in a summer cabin without electricity. “She is now there and waits…” the husband said stressing it will take a long of time to connect electricity to the cabin.

The residents of  Vrysa complain and say that they have not received any kind of material aid, neither the promised subsidization to rent a proper home as their owns have been declared uninhabitable. 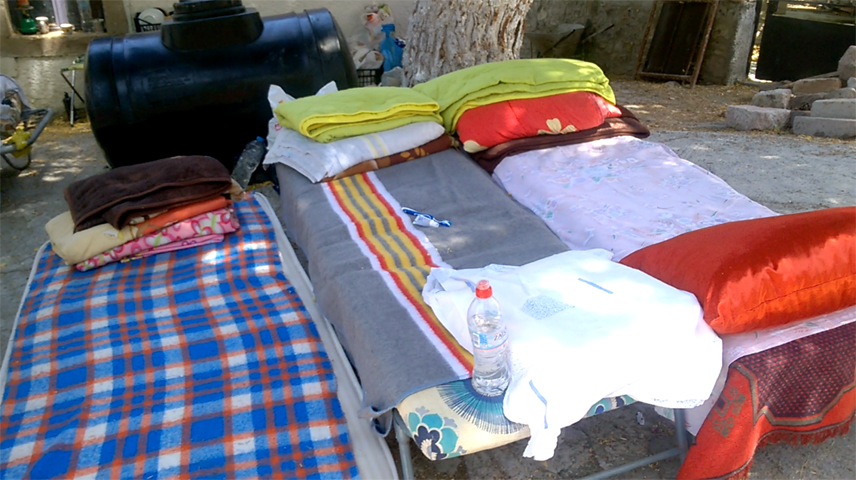 According to local media,the problem of accommodating the earthquake-hit population has not been solved yet as important decisions to subsidize rent have not been legislated so far. A joint ministerial decision is needed in order to release the financial aid.

A relevant question has been submitted to the Parliament by another lawmaker from one of the opposition parties.

The mayor told Skai TV that the money municipality had received for infrastructure and the refugees was spent.

There are many families hosted by relatives and friends, media report stressing that the problem needs to be addressed as soon as possible. 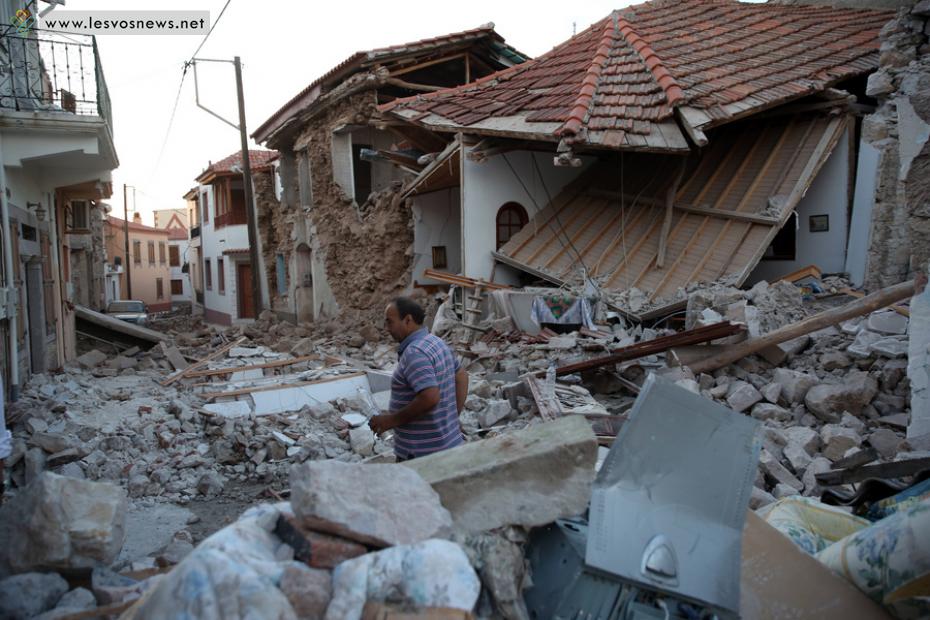 The village of Vrisa was almost completely damaged and majority of houses have been declared uninhabitable.

Meanwhile, Pope Francis and the Greek-Orthodox Archbishop of America have donated 50,000 euros and 30,000 US Dollars respectively for the support of the families hit by the earthquake.200 earthquake-hit people sleep on the streets after tourist season opened on Lesvos.