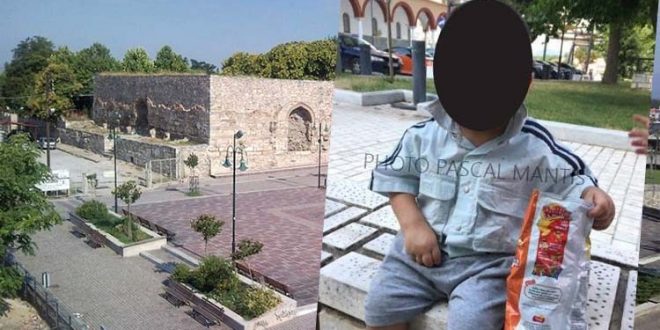 A toddler was found to be wandering around in the small park outside the church of Agios Achillios in the Frourio area in the won of Larissa in Central Greece, on Wednesday. Passerby saw the boy and after they realized it was alone they informed the police.

The boy is estimated to be two years old. It was dressed with clean clothes and seemed well-fed.

The toddler was taken to hospital for health checks and from there to the social services of the municipality.

The toddler is in good health.

“The boy does not seem to miss his mother, it is social and cheerful, is friendly with people he does not know,” local media report.

Due to his age the toddler was not in position to give any useful information.

Two days later and so far nobody has asked for him. Neither has any adult issued a missing alert.

There is not a single sign from the parents’ side.

The fact the the boy was found outside the church strengthens suspension that the boy was abandoned there “for a better future,” local onlarissa.gr notes.

photos and video by onlarissa.