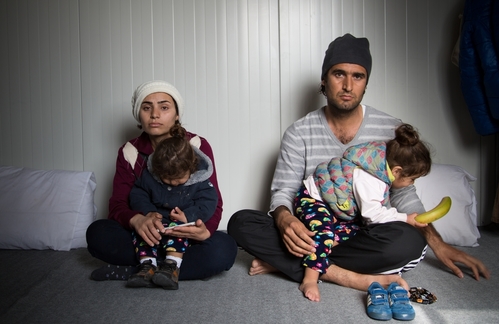 Médecins Sans Frontières (MSF) has released a new report highlighting the drastic deterioration of the care and protection for vulnerable people in Lesbos, Greece, who have fled from violence and wars in Syria, Iraq, Afghanistan and suffer from post-war psychological trauma.

“Vulnerable people are falling through the cracks and are not been adequately identified and cared for,” says MSF head of mission Emilie Rouvroy.

The report, A dramatic deterioration for asylum seekers on Lesbos – based on MSF medical data and the testimonies of patients – describes the recent drastic cuts in providing health care on the island, along with reductions in legal aid, and the closure of shelters and other essential services.

“Four times as many people arrived on the islands between April and June 2017, while the capacity of medical actors to identify vulnerable people has dramatically reduced,” says Rouvroy. MSF is calling for the scaling up of health care on the islands. 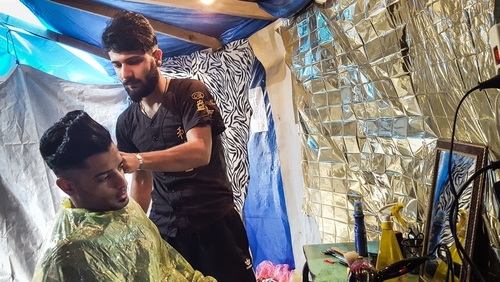 Twenty-three year old Sarmad, from Iraq, left his country because of the security situation. He works as a barber inside Moria camp to earn some money to live.
The data reveals the real vulnerability of asylum seekers in Lesbos .

New arrivals are now sitting in Lesbos’ Moria camp in soaring temperatures. They are neglected, and tensions are high with sporadic outbreaks of violence.

“The difficult, overcrowded living conditions, the complicated legal system, and asylum seekers’ deep medical suffering are compounded by an often deep loss of home, family, friends and the violence of the journey many refugees have made,” says MSF Advocacy Manager Louise Roland-Gosselin, who analyzed the project’s data. “The alarm bells are ringing now.”

Karon and his family arrived in Lesbos on 2 August 2016, after leaving Iraq.

More data in MSF report  A dramatic deterioration for asylum seekers on Lesbos.