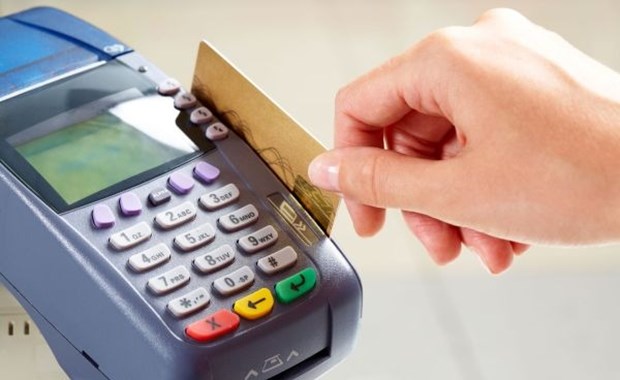 An entrepreneur in Kalamata submitted an extrajudicial statement to his local tax office, saying he would agree to install a POS device in his business only if he earns a share from the bank revenues. The statement was filed just hours before the finance ministry deadline for the mandatory installation of POS devices in 400,000 businesses across the country expires on July 27. 2017.

Citing articles of the Greek Constitution the entrepreneur said that he had the right to decline the installation of POS and noted among others:

“I would be willing to buy and install a POS device only if the bank gives me a share from its revenues.”

The man argued that with the POS installation the bank automatically becomes partner and beneficiary of his revenues as it charges 1% for every transaction.

“The bank grabs part of my turnover, that it part of my work and labor, although the bank has not contributed to the operation cost of my business in any way,” the entrepreneur wrote adding:

“The bank rents the POS thus forcing a large part of the society, amid the enormous economic recession caused because of the big fraud committed by the rulers and the bankers, to add extra business expenses. All this is obligatory and deprives me of any financial initiative.”

The man argued further that the obligatory POS limits his business freedom and violates the privacy of the card holders.

The statement was received by the tax office staff, got a stamp and a registration number.

The cost to obtain a POS device is between €157 and €263  plus Value Added Tax of 24%. Banks charge extra for the technical support, around 10 euros on monthly basis.

The commission paid to banks per transaction vary between 1% and 1.2%, while some banks have given discounts to bakeries and kiosks.

A grocer next door has told me he pays monthly €150 commission to the bank for around 15,000 transactions per month.

The Greek Finance ministry proceeded with the obligatory installation of devices to 400,000 businesses from 85 professional categories in an effort to combat the national plaque called “tax evasion.”

The deadline expires today. Fines of 1,500 euros will be imposed if auditors identify a business without POS. If the fine is paid within a month, the amount is reduced to 750 euros.

Due to the large demand of the recent weeks and days, there is a shortage of devices the banks can supply.

Auditors will show “mercy” only to those who applied for a device but were not able to install it due to the shortage. Of course, they will have to show the application papers.

The problem is not to have a POS but to use it. How can tax auditors control whether customers pay the plumber or the electrician, for example, per card? The bait of the ministry is that taxpayers can ‘build’ their tax free allowance only through transactions per plastic money.

But if the electrician will charge me an extra 10 euro (VAT, tax, POS commission etc) in order to change the ceiling light in the living room what shall I do?

it’s all a matter of customer’s financial situation and income.