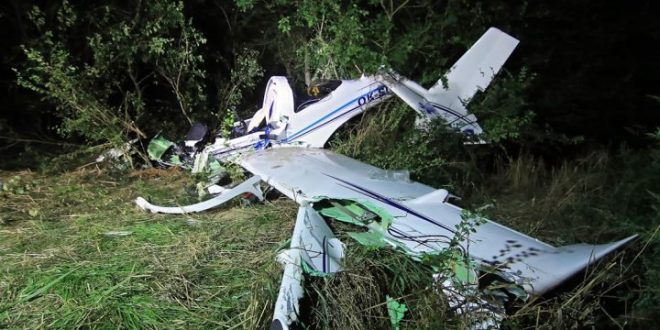 A TL 20 Ultralight aircraft crashed in agricultural area near Larissa, Central Greece, on Wednesday night. The pilot and one passenger were killed. The debris was located around 3 a.m. on Thursday, near Dendra.

The aircraft disappeared from the radar short before it was scheduled to arrive to its destination in the small airport Terpsithea. A Search and Rescue operation with 23 fire fighters, an helicopter of the Greek Army mand many local volunteers and members of the aeroclub was launched when authorities were alarmed about the aircraft disappearance. The night and the small size of the aircraft made the location difficult.

One of the volunteers, a member of the aeroclub, located the debris five hours later.

The pilot and the passenger were found inside the aircraft debris, wearing seat belts.

The passenger: Nikolaos Grigoriou, 34, major at the Greek Air Force. Their bodies were transferred to morgue for autopsy.

The reasons for the TL 20 Ultralight aircraft crash are being investigated.

The TL 20 is a conventional single engine low-wing ultralight and Light-sport aircraft seating two side-by-side. It is produced in the Czech Republic.