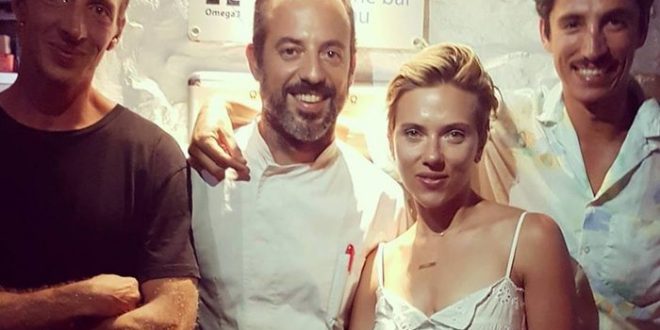 Thursday evening she visited one of the restaurants in Platis Yalos and tasted the food, probably admiring the sunset behind the mountains.

Scarlett Johansson does not need a make-up or fancy dresses to bewitch men.

The restaurant owners asked her for a once-in-a-lifetime picture and the Hollywood start gladly accepted.

Now Greek media have a major question: Will Greek Finance Minister Euclid Tsakalotos travel to Sifnos for a drink with the goddess?

Last March during a debate about the primary surplus in the Greek parliament, Tsakalotos expressed the wish to go for a drink with Scarlett Johansson as part of his argumentation that wishful thinking and reality are two different things.

Will Euclid catch the first ferry to Sifnos?

On their part, the usual mean Greeks ask whether Scarlett Johansson will follow Will Smith’s exemplary behavior and start collecting garbage from the remote beaches of the island. 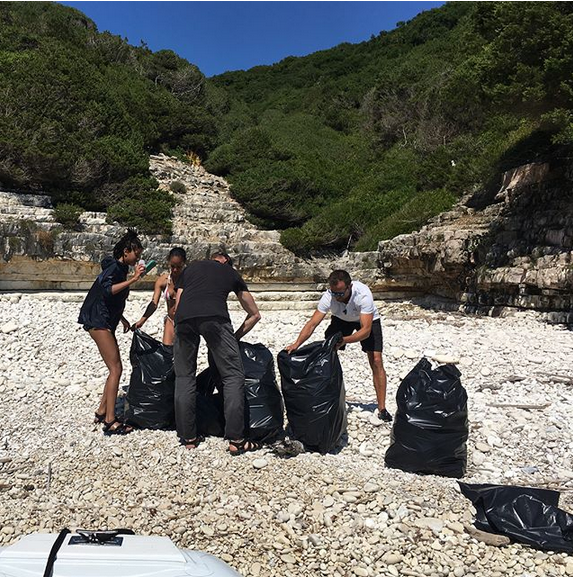 But since Smith’s environmental action, these mean Greeks ask the question every time they hear a Hollywood start is spending vacations in Greece.

PS Goddesses do not handle with big black plastic bags, I suppose.