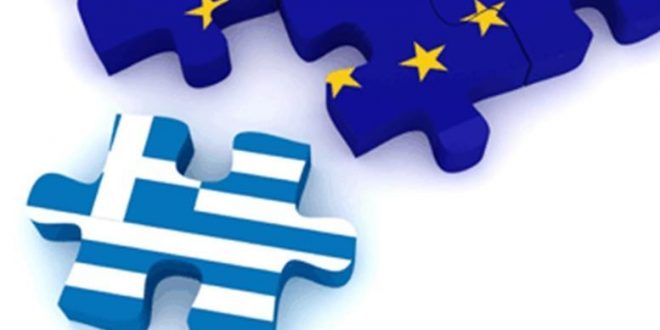 Otmar Issing, former Chief Economist and Member of the Board of the European Central Bank and the German Bundesbank, brings back Grexit scenarios, demanding a Euro-sabbatical for Greece. In an interview with business news magazine Wirtschaftswoche, Issing warned of a new flare-up of the euro crisis.

“The euro crisis is not over yet,” said the economist, one of the architects of the Euro.

Issing called on a policy that would include EU treaties allowing the possibility of temporary withdrawal from the monetary union.

“States like Greece would do well with a Sabbatical outside the monetary union. However, it should be accompanied by massive aid from other countries and a growth-oriented economic policy. And one would have to make re-entry into the euro zone dependent on fundamental reforms, ” Issing said.

Issing no longer relies on the Stability and Growth Pact, a core element of the economic and monetary union. “I would not have considered the dimension of its dismantling by the governments”.

Otmar Issing lashed out at the Greek government saying “the government is still in an anti-growth policy.”

He also criticized Italy saying “It also did not seize the opportunity. The country has saved tens of billions of interest without using the leeway. ”

The Wirtschaftswhoche article has the title “Economist demands Euro-sabbatical for Greece.”

I don’t know exactly what institutional role 81-year-old Otmar Issing currently has other than sitting at a dusty desk as president of the Center for Financial Studies (CFS) at the Goethe University in Frankfurt am Main since 2006.He is also Goldman Sachs adviser etc etc etc.

“For Greece, there are very good arguments that it would do well outside the euro area for some time to come, but it all depends on the Greek government’s reactions” Issing told CNBC in September 2015.

What he does not say it that the “massive aid from other countries” that will accompanie the Euro-Sabbatical or Grexit would be one more bailout.

If I remember well, Finance Minister Wolfgang Schaeuble had estimated a total of at least 50 billion euros for a 5-year- euro sabbatical. Schaebule offered Varoufakis & Co a temporary Grexit plan in March 2015, as part of the European lenders blackmail towards Greece.

PS What I learned from Issing’s interview is that we now have a political correct term Euro-Sabbatical that sounds not so scary as Grexit.