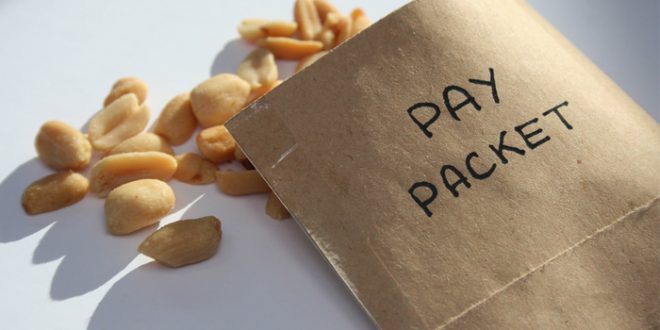 High unemployment in austerity-stricken Greece dumps salaries and wages. Employers want to spend as less as possible on salaries, employees are forced to compromises unthinkable before the crisis. A job at any price. Not matter how low the price.

Data based on the tax income declaration of 2017 – for the tax year 2016- reveal the current status of wages and salaries in Greece’s private sector. They are shockingly low especially when one takes into consideration the cost of living in the country. The data does not reveal the working conditions, whether full or part time or rotating work.

Young employees below 20 years old, do not earn more than €260 net per month 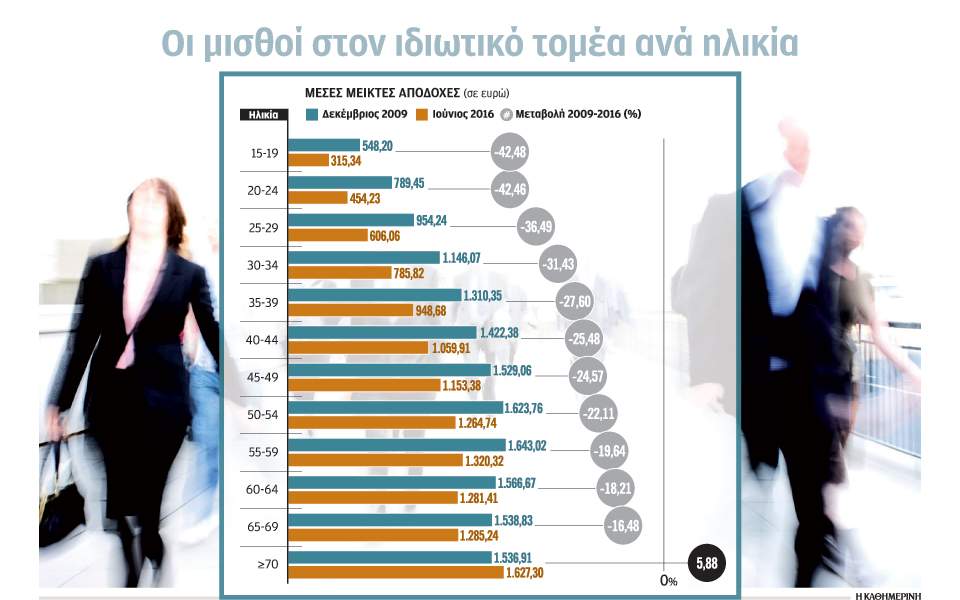 Those in the 30’s plan to establish a family and those at the end of the 30’s and in the 40’s do already have a family and children. They have to deal with higher obligations and lower income.

Unemployment rates improved in the last months due to seasonal hiring in the tourism sector.

However, according to the Union of  Employees in Tourism and Restaurants, employers give emphasis in hiring young employees up to 25 years old due to the low wages. Wages in the sector for this age group and for full time job are €510 gross or €410 net after tax and social security contributions. This trend, Greek media describe as “employers’ negative culture” hinders the signature of collective bargain that would allow the hiring of older employees with several years experience and consequently higher wages.