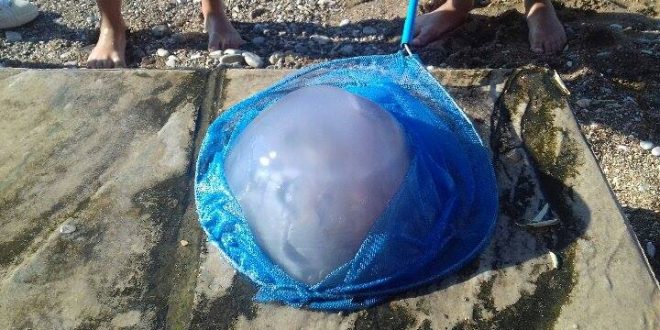 Jelly fish comes in Small, Medium and Large size. And sometimes in Extra-Large, like the one  teenager Kosmas fished the other day at the beach of Akoli in Achaia: a perfect shaped and well-developed example of gelatin and tentacles estimated to weigh 4.5 to 5 kilos in total. 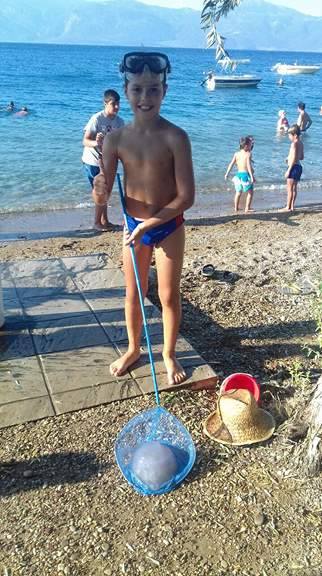 Kosmas and the Jelly Fish – via website of Aigio filodimos.gr

Millions of jelly fish are being washed up on the beaches of the Corinth and Achaia Gulf this summer, bringing swimmers and local businessmen at the edge of a nervous breakdown. Now the government decided to take extra measures and take the jelly fish plaque under control. The losses for the local tourism industry are considered immense. 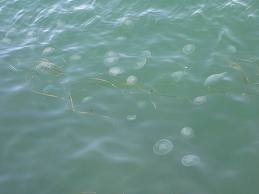 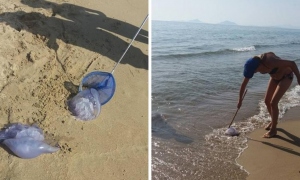 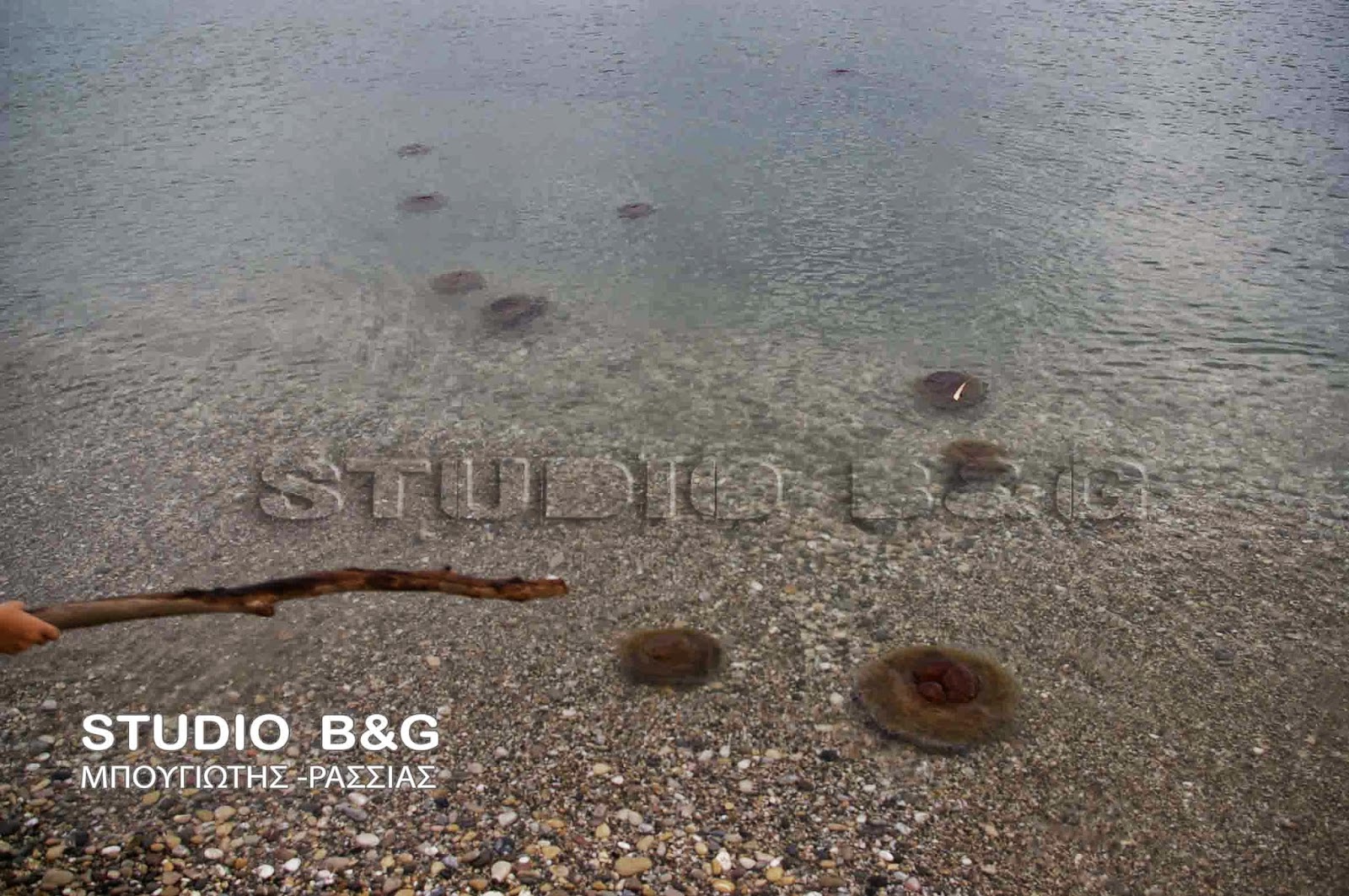 Whether the relative harmless version of jelly fish μέδουσες (medussas) or the very dangerous τσούχτρες (tsuhtres), they both use toxins against their ‘enemies’ causing pain, allergic reactions and even death.

Seeing thousands of jelly fish swimming around next to you or building a front at the beaches the least it can trigger is discomfort.

Along the coast line of northern Peloponnese,from Rio to Kiato and from Daikopto to Loutraki,  the first question Greek visitors ask owners of local shops, tavernas, cafeterias and beach bars is “Any jelly fish today?”

There is no official mechanism to inform about the presence or absence of jelly fish on daily basis. The daily Jelly Fish Alert occurs from mouth to mouth and hear saying and social media.

Beginning of June, Greek jelly Fish got their own page of Facebook. On FB Page “Where did I see jelly fish today” beach visitors can post the place and time they saw jelly fish.

Unfortunately both Jelly fish info tools are in Greek only.

All through the summer, local businessmen have being complaining about empty beaches, empty sunbeds, empty tavernas and empty cash registers. The jelly fish ruined the local economy which is mainly based in tourism.

Two months after the flocks of jelly fish increased and reproduced in the area, the government  declared war against the visible and invisible swimming monsters and announced ‘urge measures’.

Environment minister Sokratis Famellos unveiled on July 31st, an emergency plan and said that the coast guard would be deployed to the worst-affected regions in the Gulfs of Corinth and Patras as well as in the south of Athens.

One of the measures that can be implemented as soon as possible are floating nets off busy beaches that can be installed by local authorities and tourist facilities.

In order to protect the ecological reserve of the Gulf of Corinth, the government plans to include the area into the European Network of Protected Areas NATURA 2000. The measure will affect the ‘imaginary line’ that connect Psathopyrgos with Nafpaktos and the Corinth Channel. 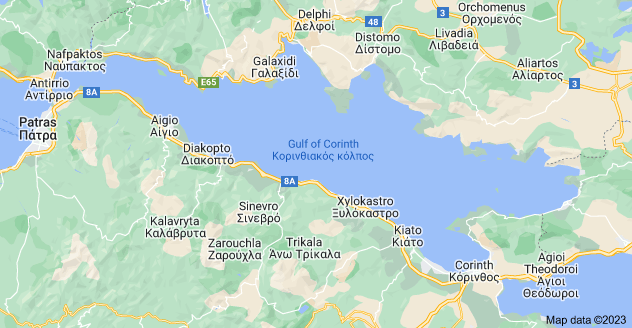 There are also plans to establish 200 biological cleaning facilities across Greece.

All these measures need joint ministerial decisions and Athens is determined to push for them within August.

According to Minister Famellos, the jelly fish plaque has to do with atmospheric phenomena like prevailing winds and high temperatures, ecological and biological factors and the climate change as jelly fish reproduces in warm months.  Overfishing is another factor, while there is also a link between pollution and overpopulation. Minister Famellos underlined, though, that “according to official measurements 99% of the Greek shores has no problem with pollution.”

The minister added that his year, the Jelly fish phenomenon was observed as early as in May.

Local businessmen and authorities welcomed the government announcement although some of them complained that the “measures come too late.”

One of usual mean Greeks, a friend of mine, commented while we were swimming in a jelly-fish free sea area in Attica: “Locals always expect help and solutions from the central government and they do nothing by themselves.”

My friend has a summer house in Loutraki and every August she complains about the thousands of plastic bags and water bottles, the dozens of oranges and other trash being washed up on the beaches of Loutraki. All this trash comes from the other side of the Gulf, from Corinth and the other villages across the shore.