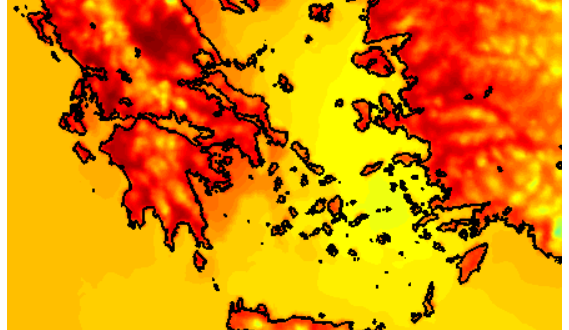 Prolonged heat wave with 40-41 C to sweep across Greece

Winds down, temperatures up. Or in meteorologists’ language: Beaufort decrease, Celsius increase. Weather forecasters speak of a prolonged heat wave up to 41 degrees Celsius. Temperature will gradually rise over the weekend and will affect initially Western Greece.

Then the hell will grab large parts of the country from North to the South and from East to the West.

Temperature up to 39° and 41° Celsius in the North – Party cloudy in central and East Aegean, where North winds blow with 6 Beaufort. 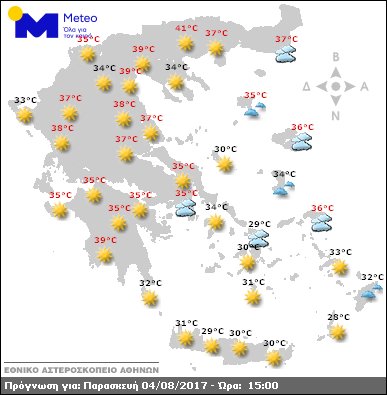 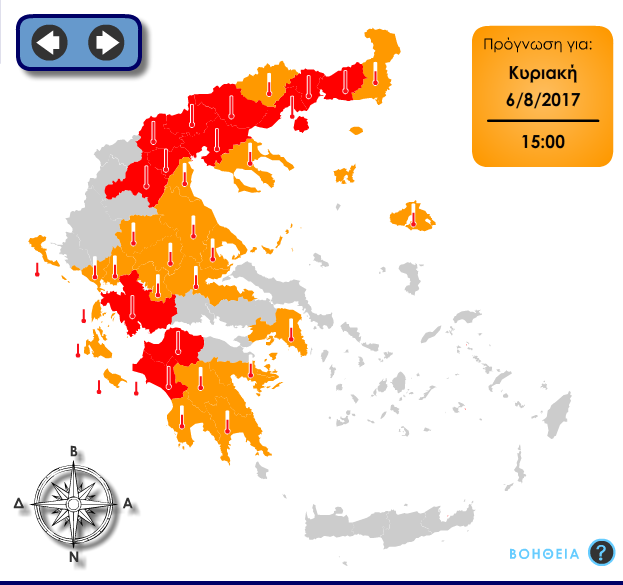 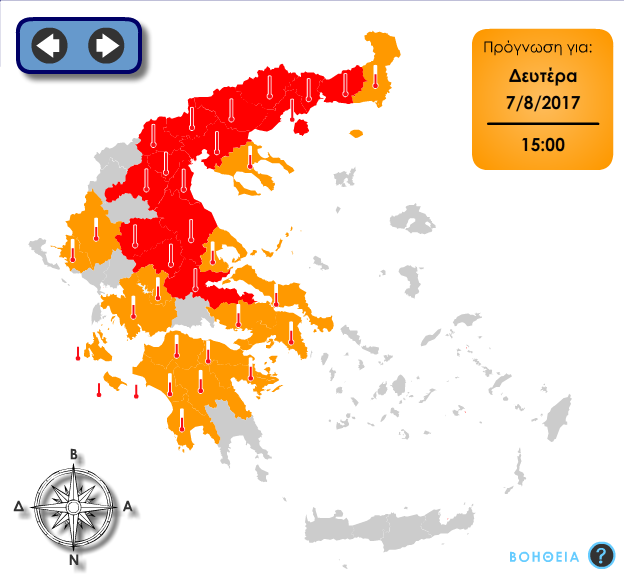 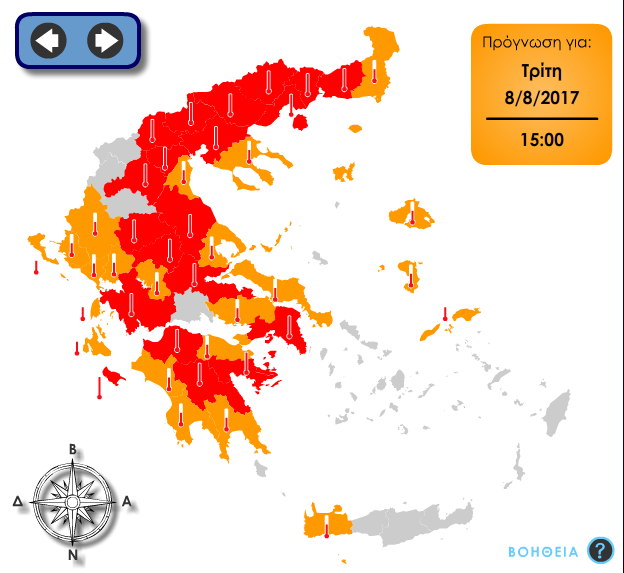 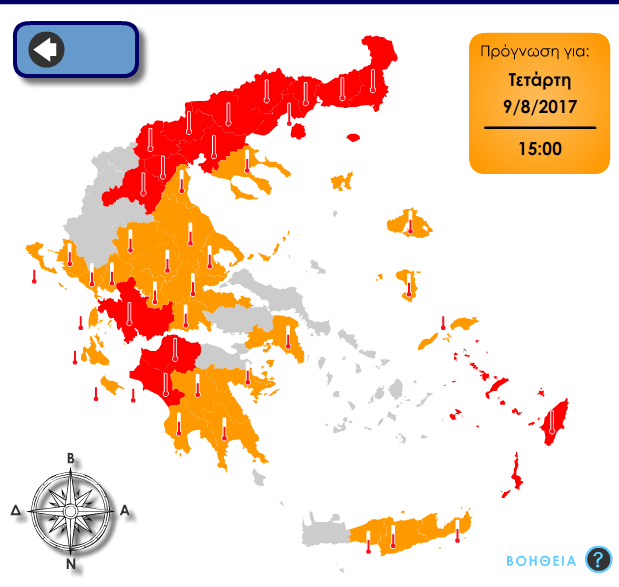 Also next week winds will be blowing from the North, however, with a ridiculous low intensity of 5 to 6 km/hour at least in Athens and broader Attica.

Lucky are the ones on the islands of North and Central Aegean Sea, where winds will reach intensity 6 to 7 Beaufort over the weekend.

Then on Monday…. this!

I read that a warning has been issued for British tourists in the European South, where the mercury soars in several holiday hotspots across the Mediterranean and the Adriatic Sea.

The general protection rule is:

PS I think, the worst heat is not at 3 or 4 pm when it is supposed to be the peak. The worst happens a couple of hours later, when the city cement starts to spit the heat it has absorbed the whole day. 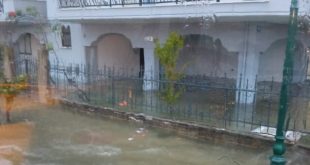