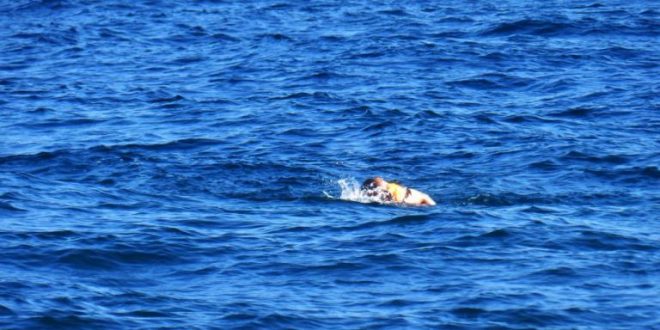 A migrant tried to ‘escape’ the island of Chios swimming to …unknown destination. Or was he trying to reach the mainland? The migrant from Afghanistan took an inflatable floaty and just started to swim.

He was located on the rocky islet Venetiko in the south of the island by a sailing boat.

The Baximus crew rescued him and took him to the port of Chios.

The 35-year-old Afghan had illegally arrived on the island on 7. August together with 74 other people. Their boat had come from the Turkish coast. He was staying in VI.AL. camp.

Apparently, the man thought swimming was the only mean to leave Chios, as the EU Turkey Deal on Migration prohibits new arrivals to move to the mainland.