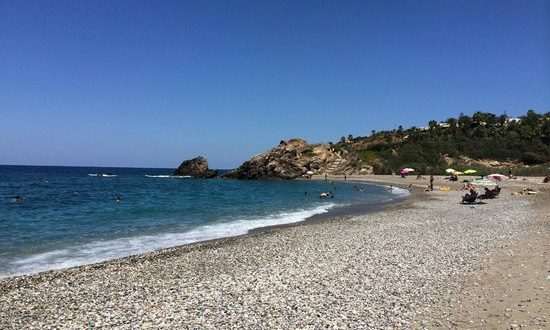 August 16, 2017 Very Mix Comments Off on Parents drowned in Crete as they try to rescue their children swimming in rough sea 7,985 Views

A tragedy occurred in Rethymnon in the north of the island of Crete. A father and a mother were drowned when they attempted to pull two of their four children out of the rough sea.

The tragedy occurred on Tuesday evening at the beach of Geropotamos.

It was short after 8 o’ clock in the evening when the parents heard two of their children, a boy and a girl, screaming for help. They had gone for a swim although the sea was rough.

A worker at the nearby tavern jumped also and pulled out the 7-year-old boy. He jumped into the sea again and rescued the girl.

But the parents were gone. Swept away by the strong currents.

Their bodies were recovered later at night. They were unconscious. They were transferred to Rethymnon hospital, but doctors could not bring them back to life. The mother was reportedly drowned while swimming. When the father was recovered, he was reportedly still alive but he did not make it, despite the doctors’ efforts.

The family had camped in the area three days ago.Geropotamos. The beach is not organized and there is no life guard.

Witnesses said that the father was not a good swimmer, some even claimed that he could not swim at all.

Speaking to Athens News Agency, deputy commander of Rethymnon Coast Guard, Kyriakos Pattakos, said that at the time of the tragedy, winds were blowing with intensity of 5 or more Beaufort. “They were swept away by the currents that are normally strong in the area of northern Rethymnon,” Pattakos said.

“Even if there was life guard, little would have changed as life guards work form 10:30 in the morning until 5:30 in the afternoon,” Pattakos added.

The coast guard had asked for the aid of a passenger ship sailing to Heraklio and Santorini.

“It was short after 8 o’ clock when I saw the parents running into the sea,” the man who rescued the children told state broadcaster ERT. “I run too. The children were 4-5 meters away from the beach. I pulled out one after the other.”

The son of the tavern owner added that the father had a knee injury. “This and the panic the parents had for their children may have led to the fatal ending,” the man said.

Private STAR TV reported Wednesday evening that the children were playing at the beach and that they were swept away by a big wave. the man who rescued the children said that the father gave him one of the children, and ‘he was gone’ and the rescuer was taking the child ashore.

The four children aged 7-14 were taken by the coast guard and were later handed over to relatives who had come from Herakleio. Local media report, that 24hours after the incident, the relatives had not told the children that their parents were gone for ever. 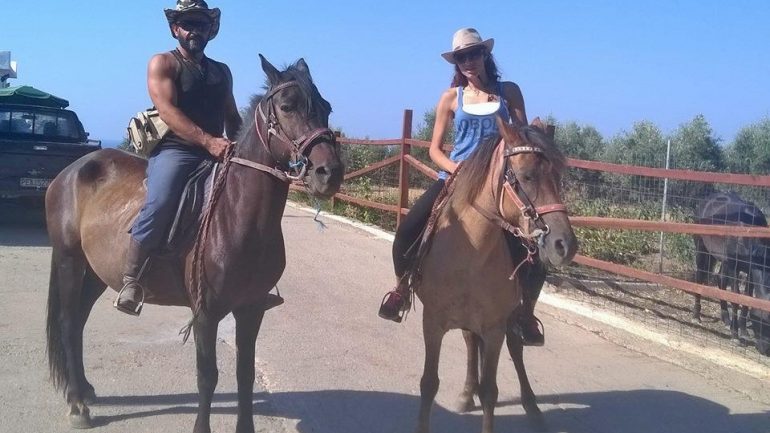 Four more swimmers at risk of drowning were rescued by life guards on Tuesday. A 47-year-old British national and a 44-year-old Norwegian man are hospitalized in Rethymno.