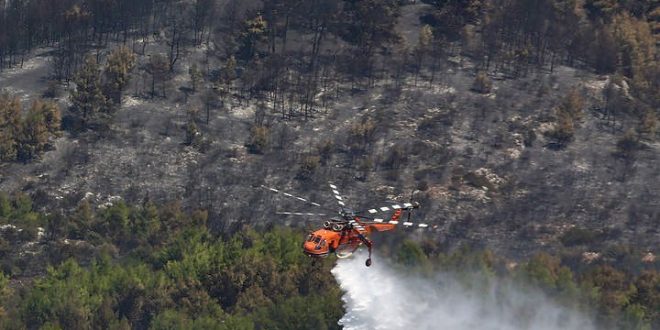 Greece’s Fire Service said on Wednesday it was close to containing a wildfire that is burning north-east of Athens for a fourth day as well as the wildfires on the island of Zakynthos and Ilia in South Peloponnese.

According to a statement issued 2:30 pm on !6. August, the Fire Service said that The fire was still burning with “constantly decreasing intensity”. 220 firefighters with 84 trucks were operating in addition to an 88-man strong force on foot, five water dropping aircraft and six helicopters.

Army bulldozers are being used to set up firebreaks around the Kalamos area, about 45 kilometers north of Athens, before an expected pickup in winds later Wednesday.

According to the Prime Minister, 15,000 acres were burned.

No serious injuries have been reported since the fire broke out Sunday. The Fire Service hasn’t issued a damage estimate, but the blaze is believed to have gutted or damaged several dozen homes. and burned down thousands of acres of forest land.

Wildfires also continued in the Peloponnese in southern Greece and on the western island of Zakynthos.

By Wednesday noon, the wildfire in Ilia, south Peloponnese was largely under control. 80 firefighters with truck, but also aircraft and helicopters struggle to extinguish the remaining fires, are on alert due to possible revival of the blaze.

The wildfires on the island of Zakynthos continue in Koliomeno, Katastari and Palaio Horio. 170 firefighters battle against the blaze with fire trucks and water dropping helicopters.

Although counting of damages has not started yet, local authorities estimate that at least 5,000 acres of forest and agricultural land have been burned. No farming animals or houses were damaged. 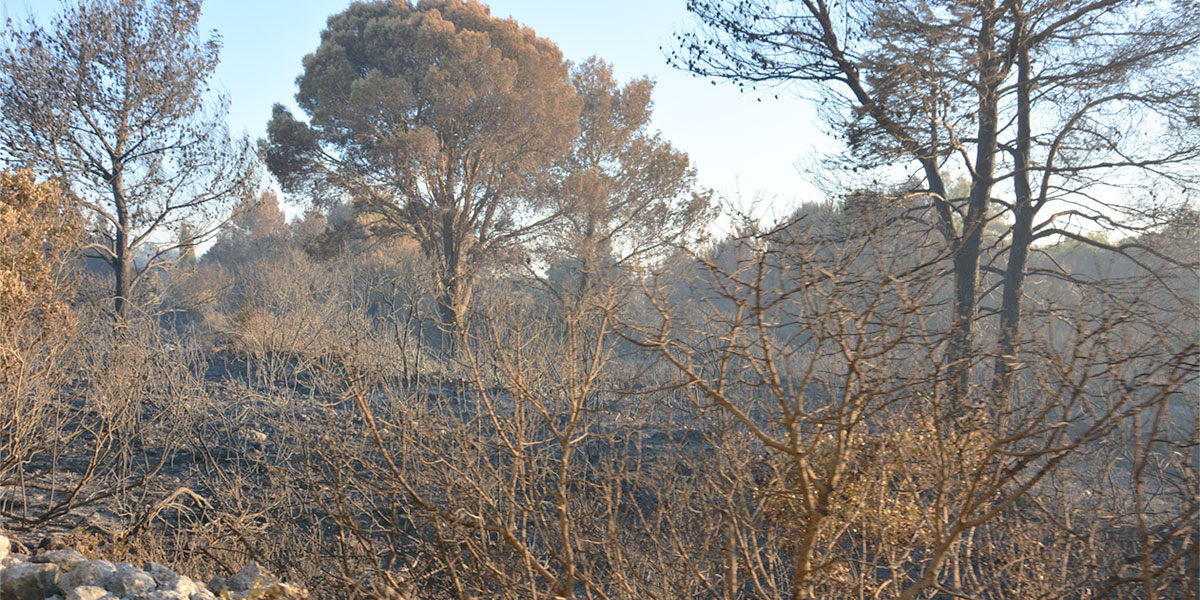 As the risk of wildfires remains high for the rest of the week, Greece asked the aid of the European Civil Protection. France rejected the aid request citing its own problems with wildfires.

Cyprus sent 60 firefighters, who never left the island state, though. First, the C-130 that would transport them to Greece had a technical damage. Until the issue was fixed, the wildfire in Attica was taken under control.

Greece’s Civil Protection has issued a warning for wildfires for Thursday, August 17 2017.

The August north winds (meltemia) of up to 6-7 Beaufort are expected to continue until the upcoming weekend.

The Fire Service calls on citizens to avoid outdoors activities that could trigger wildfires.

Greece’ Fire Fighters had to deal with 33 forest fires in the last 24 hours.