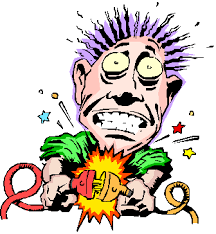 Electricity bills may increase 20% as RAE wants refund for islands

For the Greek Public Power Company (DEH) and the Regulatory Authority for Energy (RAE) the solution is simple: it will get 100million euros either from the state budget or from the power consumers. The amount comes together from a 50% refund of the special consumption tax (SCT) in the fuel that is used to produce electricity for the Greek islands.

Taxpayers will pay the 100 million either way: either indirect via the state budget or with an increase in electricity bills that could be up to 20%.

The RAE has submitted a proposal for the return of the SCT to Minister of Environment Giorgos Stathakis. In its Plan B, for the case the ministry will not pay the amount, the RAE has prepared a list of price increases that will affect all domestic consumers, including those whose consumption is up to 2,400 kilowatts and who are the large category of PPC customers..

This translates into an increase of 22% to 25% on each electricity bill.

The total amount the PPC wants to retrieve is some 360 million euros for expenses of the last five years, when the special consumption tax was imposed on the fuel oil.

The state and the PPC/RAE are reportedly seeking solutions to the problem, I think I read somewhere on the internet that the final decision is expected in September.

PS I have calculated that I pay an extra 20%-25% of my electricity bill for the islanders who zealously evade taxes each and every touristic year as I hear and read this summer too. On second thought, it is high time I join the long line of “mean Greeks” as well.