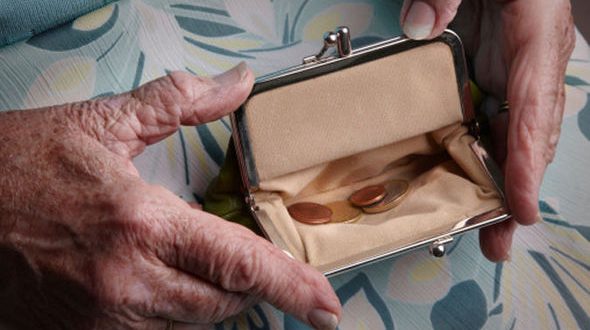 The reasons why the Greek crisis was so profound and long-lasting, and why Greece was currently the only country that had yet to emerge from memorandum [bailout] programmes, were the focus of a Eurobank analysis unveiled on Wednesday.

According to the study’s authors, the country’s ability to service its debts could not alone explain the protracted loss of confidence in its prospects.

These were the conclusions of a study entitled “The cost of uncertainty” carried out by Eurobank’s Economic Analysis and Financial Markets Research division, supervised by Eurobank non-executive Chairman Nikolaos Karamouzis and the bank’s head of Group Strategy Anthony Kouleimanis.

The report noted that confidence in Greece’s prospects appeared to be returning for the first time since 2014, following eight years of memorandum programmes and a decade-long recession of unprecedented duration and depth. This reviving confidence was reflected by the country’s recent return to the markets after a three-year exclusion and the successful issue of a five-year state bond, the report noted.

Among others, the report highlighted that Greece had remained economically stagnant and stuck in a regime of memorandums, supervision and uncertainty for many years, despite carrying out a raft of reforms with an unprecedented social and economic impact and correcting many of the macroeconomic imbalances that had led to the crisis.

This raised a series of questions, according to the authors, about why Greece remained in this disadvantaged condition and why the essential macroeconomic adjustment had such a major social and economic impact.

“Why did financial markets but also citizens, business people and investors have doubts about the Greek economy’s course and its ability to overcome the crisis after so many years, in spite of the progress made in key macroeconomic and structural parameters? Why did markets ask for a higher risk premium in order to lend to us? Finally, why, when all the other countries forced into a memorandum regime have returned to growth, does Greece continue to move at a slow pace in this direction?”

According to the report’s authors, if debt sustainability was not seen as the only and perhaps not even as the main factor explaining the low credibility of Greek economic policy and the markets’ confidence in the country’s ability to exit the crisis, this meant that the current situation and the country’s path during the years of crisis was due to a series of other, interacting factors.

“The factors in question fuelled the low credibility of economic policy, the uncertainty and the limited confidence of the markets over time and, finally, the broader international distrust of all involved in the Greek affair,” the report said. (amna.gr)

PS credibility, confidence, distrust are all psychological factors. I do not see real economic factor factors like the unstable taxation system and the overtaxation or false IMF forecasts that did not work out. But these may be included in the detailed Eurobank analysis :).

I don’t know what to think when a bank bets on psycho counseling.