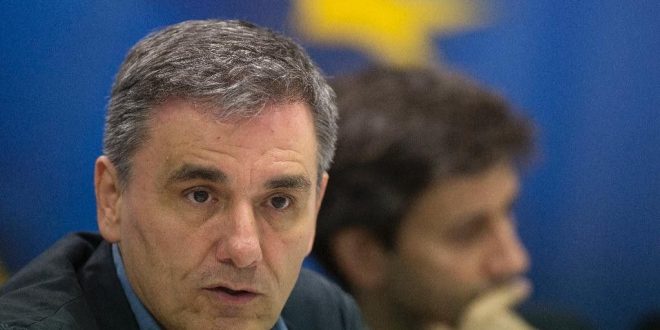 Prime Minister Alexis Tsipras is reportedly considering a cabinet reshuffle. Something which is logical after Greece passed the test of the second review and now the government has to set other priorities. The reshuffle could take place in early autumn. If  there wasn’t a major problem.

Tsipras want to replace the Finance Minister, however, Euclid Tsakalotos does not want to go to another ministry.

Furthermore, the country’s creditors do not want that Tsakalotos leaves the office as they found somebody with whom they apparently have a good communication point for the last two years.

According to daily Ta Nea, Tsakalotos let Tsipras know that he “either remains in the finance ministry or he goes home.”

One of the scenarios claims that the Prime Minister offered Tsakalotos the role of “coordinator for the so-called productive ministries.”

Tsakalotos’ refusal hinders a major reshuffle and it would force the prime minister to do changes only on the level of deputy and alternate ministers.

The finance minister who leads the so-called “Movement 53” in SYRIZA has proven that he can absorb reactions within the party especially when the government pushes forwards anti-social measures with higher direct and indirect taxes and social security contributions.

Fact is that procedures for the third review of the Greek program are expected to be launched most probably in October.

Late in the afternoon, Tsakalotos dismissed the report of  Ta Nea advising the staff of the daily to watch the film “Home Alone.”

The prime minister’s office said ‘a cabinet reshuffle might be due, however, the finance minister is to remain in his office as top priority is to conclude the third review.”

PS Coordinator? If I were Tsakalotos I would also reject such an offer.