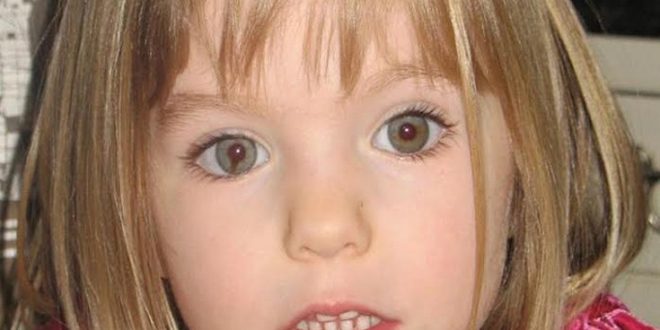 Scotland Yard is looking for Madeleine’s secret in Athens

Scotland Yard is looking for the secret of British toddler Madeleine McCann in Athens after a witness contacted the team Grange. A Greek newspaper revealed that a German citizen living in Athens contacted  “Team Grange” claiming he had information about the case as he was in nearby area when 3-year-old Madeleine disappeared from a hotel in Algarve Portugal  in 2007.

According to Sunday newspaper To Vima, the 46-year-old German citizen has already spoken with detectives of Scotland Yard’s “Grange”, a team established in 2011 and assigned with the Madeleine’s case.

The meeting between the British detectives and the German took place in Athens a couple of days  ago, the man reportedly gave critical information about the girl’s fate. He has been described as “important and trustworthy witness.” 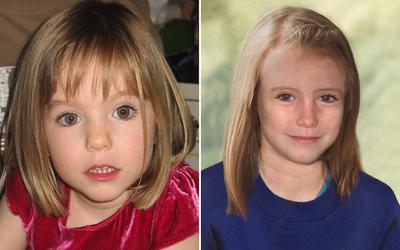 Madeleine in 2007, aged three, and forensic artist’s impression of what she may have looked like in 2012, aged nine.

Madeleine Beth McCann (born 12 May 2003) disappeared on the evening of 3 May 2007 from her bed in a holiday apartment in Praia da Luz, a resort in the Algarve region of Portugal, sparking what one newspaper called “the most heavily reported missing-person case in modern history”. Ten years later Madeleine’s whereabouts remain unknown.

Madeleine was on holiday from the UK with her parents, Kate and Gerry McCann, her two-year-old twin siblings, and a group of family friends and their children. She and the twins had been left asleep at 20:30 in the ground-floor apartment, while the McCanns and friends dined in a restaurant 55 meters. The parents checked on the children throughout the evening, until Madeleine’s mother discovered she was missing at 22:00.

Over the following weeks, particularly after misinterpreting a British DNA analysis, the Portuguese police came to believe that Madeleine had died in an accident in the apartment, and that her parents had covered it up. The McCanns were given arguido (suspect) status in September 2007, which was lifted when Portugal’s attorney general archived the case in July 2008 because of a lack of evidence.

The parents continued the investigation using private detectives until Scotland Yard opened its own inquiry, Operation Grange, in 2011. The senior investigating officer announced that he was treating the disappearance as “a criminal act by a stranger”, most likely a planned abduction or burglary gone wrong.  Operation Grange was scaled back in 2015, but the remaining detectives continued to pursue a small number of inquiries described in April 2017 as significant.

Citing a memo prepared by the Greek Police on 18 July 2017, To Vima reports that the German national had contacted the Grange team last May the aim to help investigation. The Police memo was based on a briefing the Greek police representative in London had received by the Metropolitan Police of UK.

The 46-year-old had reportedly given to Metropolitan Policed “voluntarily and without any financial or other consideration, information about the case that has been cross-checked” and “he is considered a reliable source.”

Citing several police sources and documents, To Vima writes that the German national who has permanent residence in France was arrested in Igoumenista, North-West Greece, in 2011 for the transport of illegal migrants from Africa. A case was filed but he was set free. He was arrested again in Thessaloniki in 2015, when he returned to Greece for holidays. He was sentenced to seven years and five months imprisonment. He denied charges claiming he had helped the three hiking foreigners. He served his sentence in the prison of Chania, Crete, and from there he contacted the team Grange.

HE was released form prison a few weeks ago and he allegedly used a cell phone registered to a woman, national of a Balkan country, and resident of Agios Panteleimonas district of Athens.

The man had been banned from living the country pending 2nd degree trial scheduled for next month.

To Vima has reportedly contacted the man in the region of Fthiotida, Central Greece. He admitted to have talked with Scotland Yard detectives who had come to Athens in  order to talk with him.

“I give important information for the case. On the day Madeleine disappeared I was also in the particular province in Portugal, in a neighboring area,” the German national told the newspaper. He claimed that he had contacted the local police back then but there was no further investigation.

“Now there is keen interest from Scotland Yard for the information I have, however I am not allowed to say anything to anyone else.” the man said adding that his cooperation with British police will continue in the coming days.

To Vima-reporter’s question about Madeleine’s fate and if he thinks she was still alive, the man replied, ten years have passed since then are a lot..”