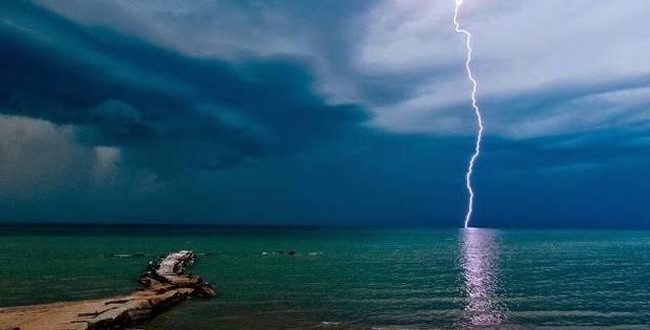 The forecast predicts that the extreme weather deterioration will set Tuesday afternoon and will last until Wednesday morning. at least.

Below see also weather forecast until September 3rd, where the weather is expected to be rather unstable with rainfalls, cloudiness but also party very high air temperature.

EMY warns of a weather front coming form the North with strong rainfalls and storms as wells as with hail and strong winds. Temperature is expected to drop by 8 degrees Celsius.

The bad weather front will set in by Tuesday noon and afternoon and will spread almost across the country, Crete, included.

Air Temperature will decrease by 6 to 8 degrees Celsius, especially in the East and North parts of Greece.

Up to 6-7 Beaufort in the Ionian and especially in the Aegean Sea and locally up to 8B on Wednesday.

More than 8B in the Central Aegean – Cyclades islands- on Aug 31st.

Meteorologists forecast a general improvement in the following days and over the weekend. However, conditions will remains unstable, cloudy and rain in some regions although temperatures will rise again over the weekend.

Gradual improvement during the day in Central Greece.

other sources: meteo.gr, poseidonhcmr.gr, national observatory and others