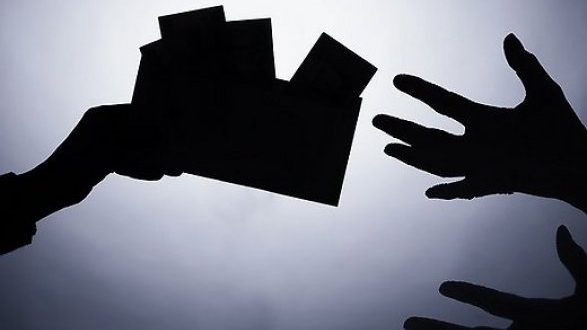 Some countries have much larger shadow or unofficial economies than others. Greece’s shadow economy is worth over a fifth of its total output, and Italy’s isn’t far behind, says a research by German IAW. However, the chart refers only to selected industrialized countries. And Germany is not doing much better…

This chart, based on research by Germany’s Institute for Applied Economic Research (IAW) at the University of Tübingen, shows southern European countries dominating the top of a list of selected industrialized countries with shadow economies.

What is the shadow economy?

It is the total value of transactions by businesses and individuals that occurs “off the books”. In other words, work done for cash to avoid incurring tax and without following standard business practices.

This could be anything from paying a tradesman or a babysitter in undeclared cash to the illegal wildlife trade, counterfeiting and money laundering.

Untaxed and unrecorded economic activity boomed during the global financial crisis and continues to grow today.

A large shadow economy is a cause for concern for governments that miss out on tax revenues. However, it has also been argued that attempting to curb the shadow economy can limit economic growth and hamper innovation. via WorldEconomicForum

PS What? Shadow economy in Germany is 10.4% of GDP? Not bad, if one considers Berlin has been trying to teach Greece law and economic order.