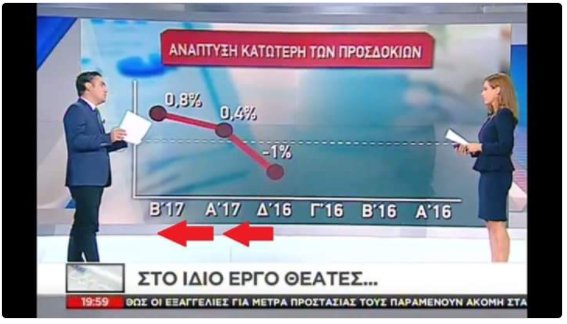 But some apparently did not like this news. What did they do? For a TV news magazine on a private TV channel, they created a graph of unprecedented originality.

Instead of presenting the growth rates recorded in 4th quarter 2016, first and second quarter 2017  in time progress, from the past to present -that is from left to the right -, they reversed it. From Present to the Past, i.e. from right to the left.

An absent-minded tv watcher who sits half-asleep on his couch sees a negative growth of -1% although the red arrows underneath the Quarters  advice him to ‘read’ the graph from right to the left.

The reversed graph must a global first in the history of graphs where the present progress is shown as past.

Social media reacted harshly but did not miss their humor. 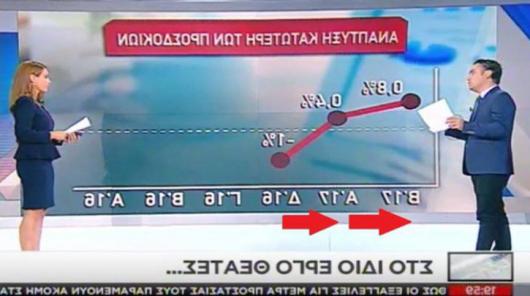 Some got inspired by the distortion and posted a map showing Turkey on the West and Italy in the East. 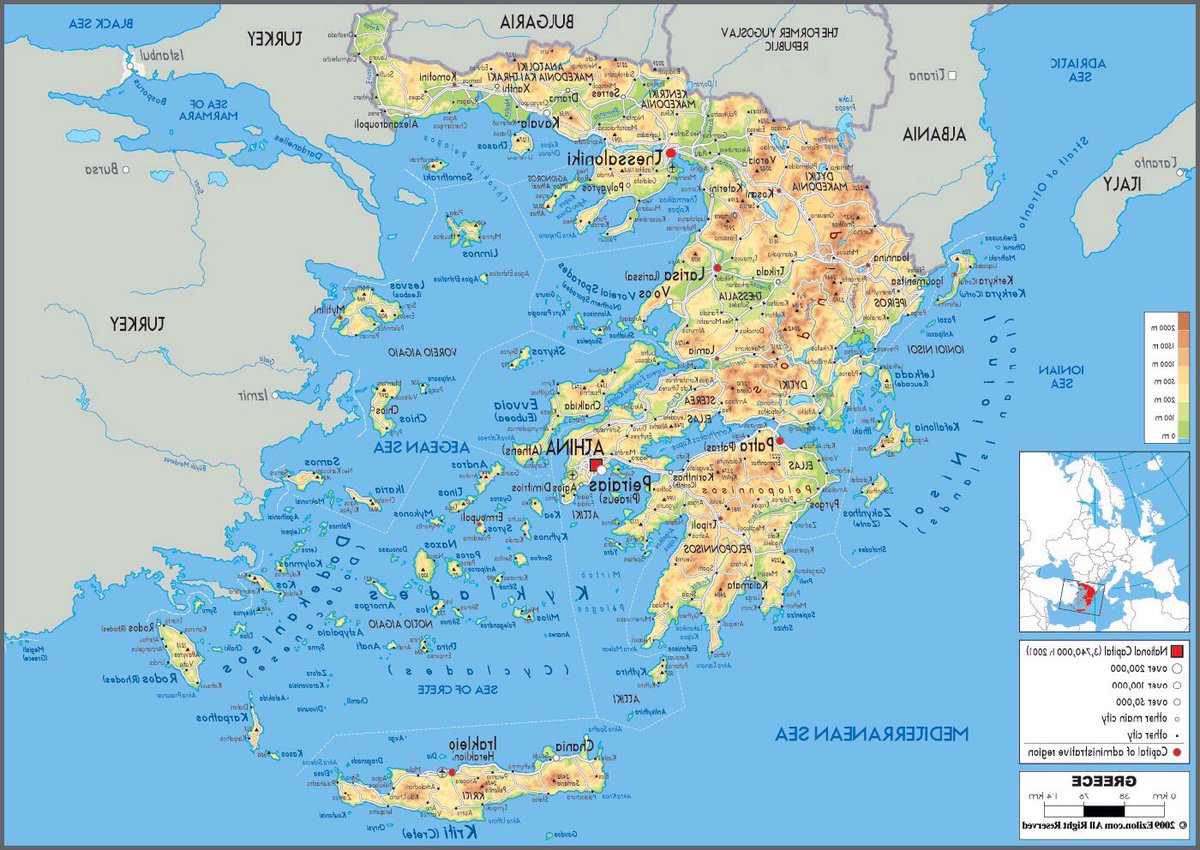 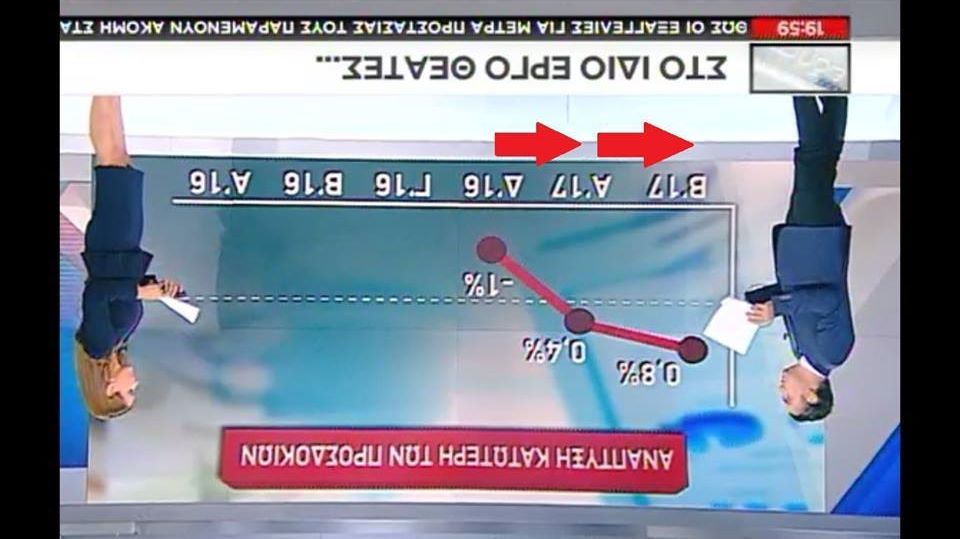 OK, finally they corrected it. -via FantomaRimbaud

“The dynamic recovery while the second review of the bailout had still not been concluded is obvious…This trend has been boosted after the end of the second review, the country’s successful exit to bond markets and the upgrades of Greek economy’s credit rating by international credit rating agencies,” the sources stressed.

Greece has been hit hard by a debt crisis and deep recession since late 2009, and has been shut out of international markets since 2010. The country has been struggling to recover supported by bailout programs.

The third Greek bailout expires in mid 2018, in July this year the country made a successful test return to bond markets and many financial indexes in recent months are encouraging for Athens.