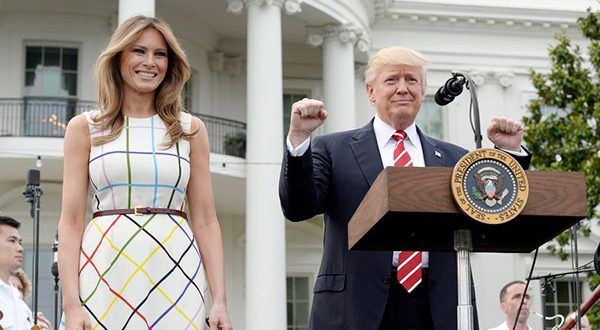 Right tweet, wrong dress, failed message. President Donald Trump sent some mixed message on Labor Day. He tweeted in favor of American jobs with American hands. And picked for the occasion a picture with his wife Melania. Too award that the First Lady was wearing dress Made in Italy, designed by Greek fashion designer Mary Katrantzou.

In celebration of Monday’s public holiday, the president tweeted out a message reiterating his campaign promise to bring jobs back to the U.S. 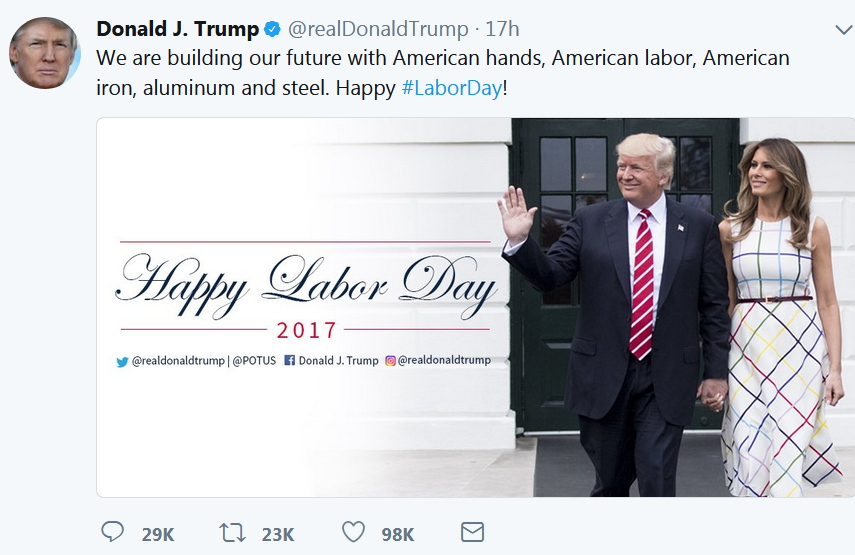 According to Daily Mail, Melania had wore this dress to the Congressional picnic back in June. It originally sold for $2,255.
The dress is neither manufactured nor designed by American hands. 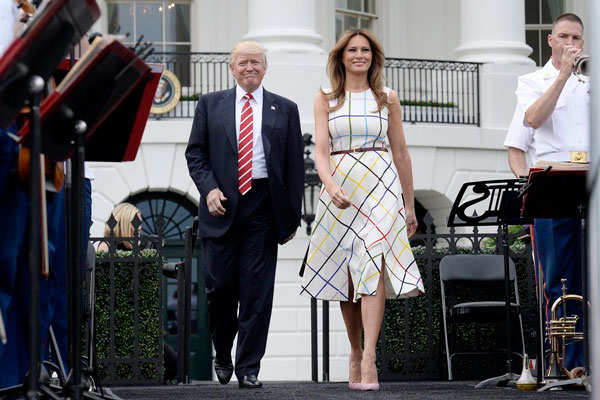 But what Trump appears to have missed is the fact that Melania is wearing an Italian – and not American – manufactured dress in the photo.

The first lady wore the colorful mid-length fit-and-flare dress by Greek designer Mary Katrantzou to the event on the White House’s South Lawn.

The dress’s listing on Saks Fifth Avenue’s website says that it’s manufactured in Italy.  You could not have it for $760 – if it wasn’t sold out. Melania is a fashion icon and trend setter, whether in American, Greek or whatever- fashion.

Nevertheless a good promotion for successful designer Mary Katratzou.
The collections of the 34-year-old Greek fashion designer are sold worldwide in over 200 fashion shops, including Selfridges, Harvey Nichols, Barneys etc and in 47 countries, anyway. 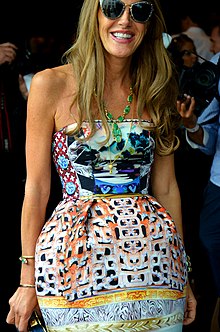 Italian fashion journalist Anna Dello Rosso in Katrantzou dress.
In April 2014 Mary Katrantzou announced she would be working with famous high street brand Adidas ‘for the foreseeable future’. The collaboration will be on both clothing and footwear.
Her family owned one of the biggest department stores in Athens, the Katrantzos Sports, which was famous for its sports clothes and footwear. It was burned down in 1980 due to an arson.
PS Now some speak of an epic Presidential Gaffe. But Trump praised “American iron, aluminum and steel,” not American fashion 😛