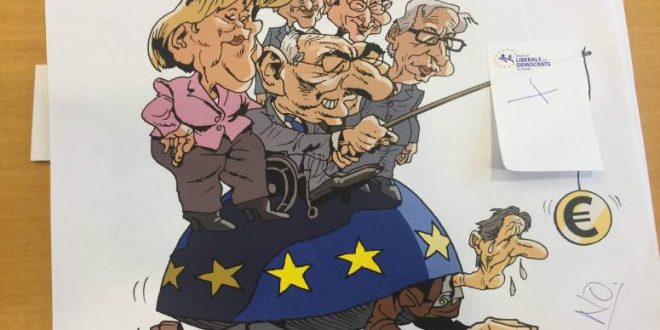 Member of the European Parliament, Stelios Kouloglou (SYRIZA), has denounced an unprecedented form of censorship by the European Union. The censorship was imposed on the caricatures of 12 Greek caricatures that were to participate in an exhibition on the occasion of the 60th anniversary of the Treaty of Rome.

The exhibition with caricatures by Greek and French caricaturists was to take place at the European Parliament and last one week.

According to MEP Kouloglou, dean Catherine Bearder rejected the caricatures submitted by 12 out of 28 Greek participants.

“The content of the censored caricatures did not insult the values of the European Union in any way,” Kouloglou said in a press conference in Strasbourg on Tuesday.

According to the rules, the caricatures had to be evaluated and checked so that it does not contain pro-Nazi or other insulting content.

“It is an attempt of censorship unprecended in the history of the European Parliament, I’ am really very sorry for this,” the MPE stressed.

He announced that together with co-organizer MEP Patrick Le Hyaric, they will appeal against Bearder’s decision to the President of the European Parliament, Antonio Tayiani.

Some of the rejected caricatures: 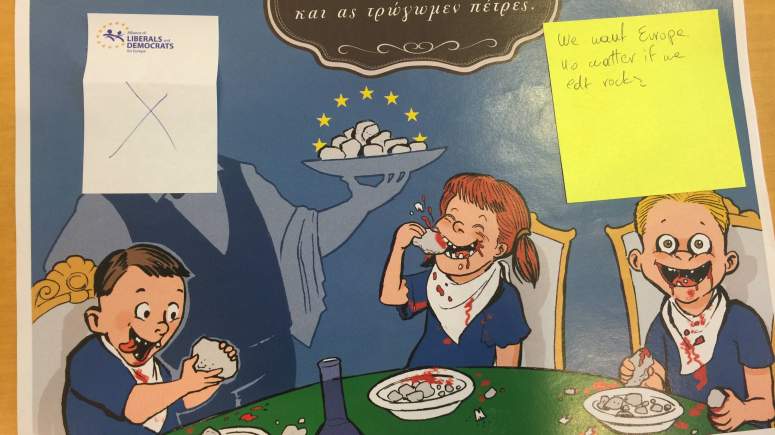 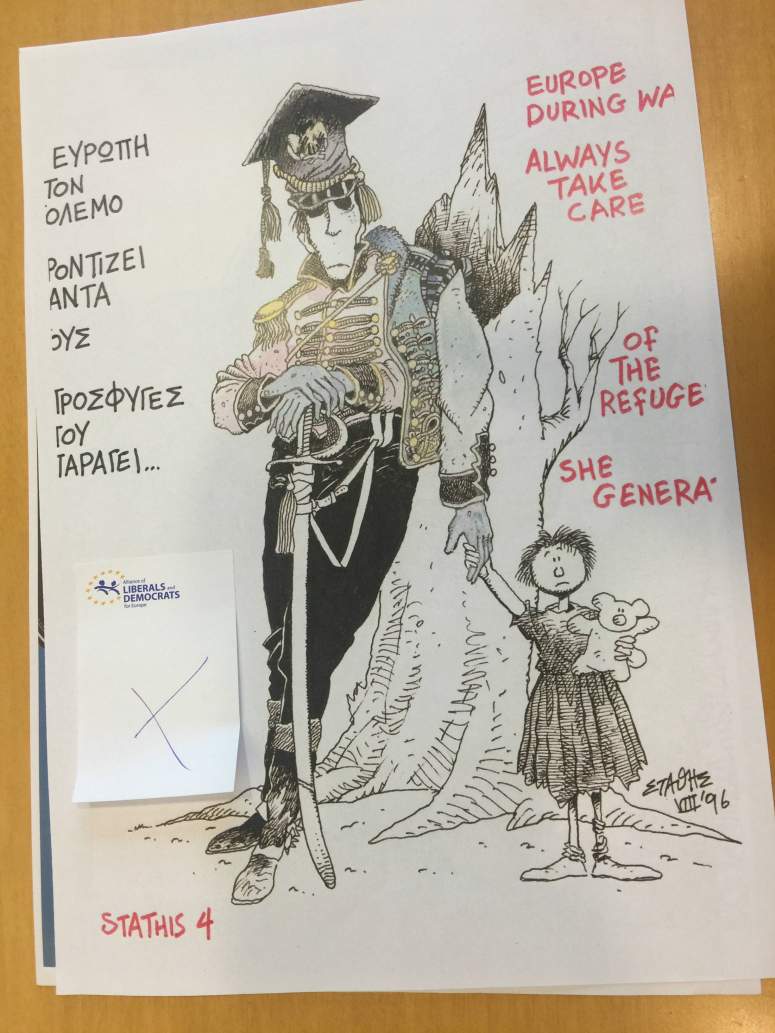 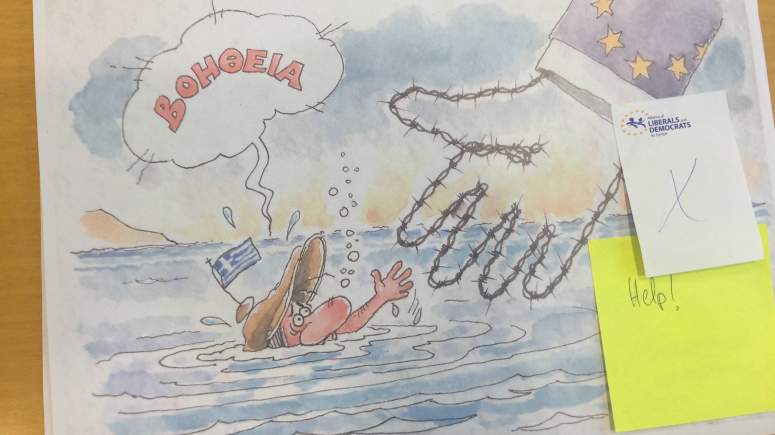 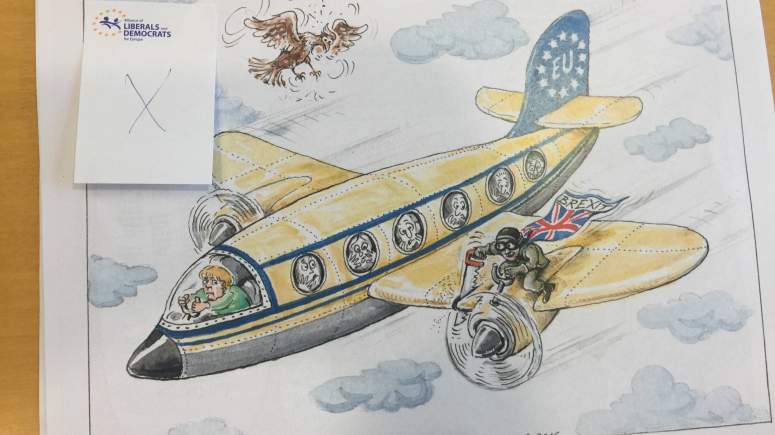 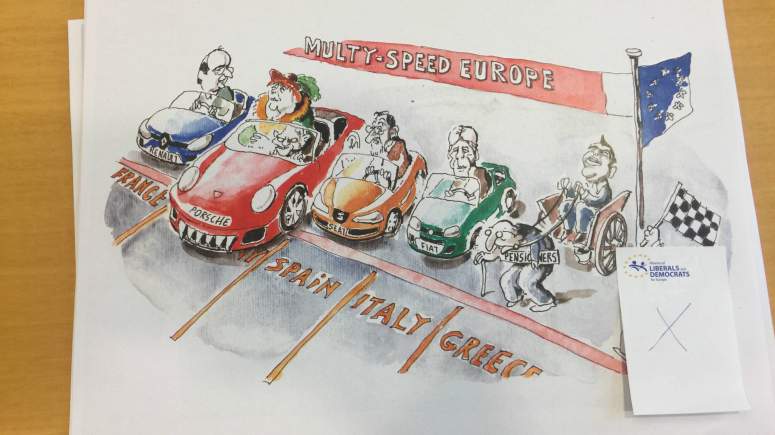 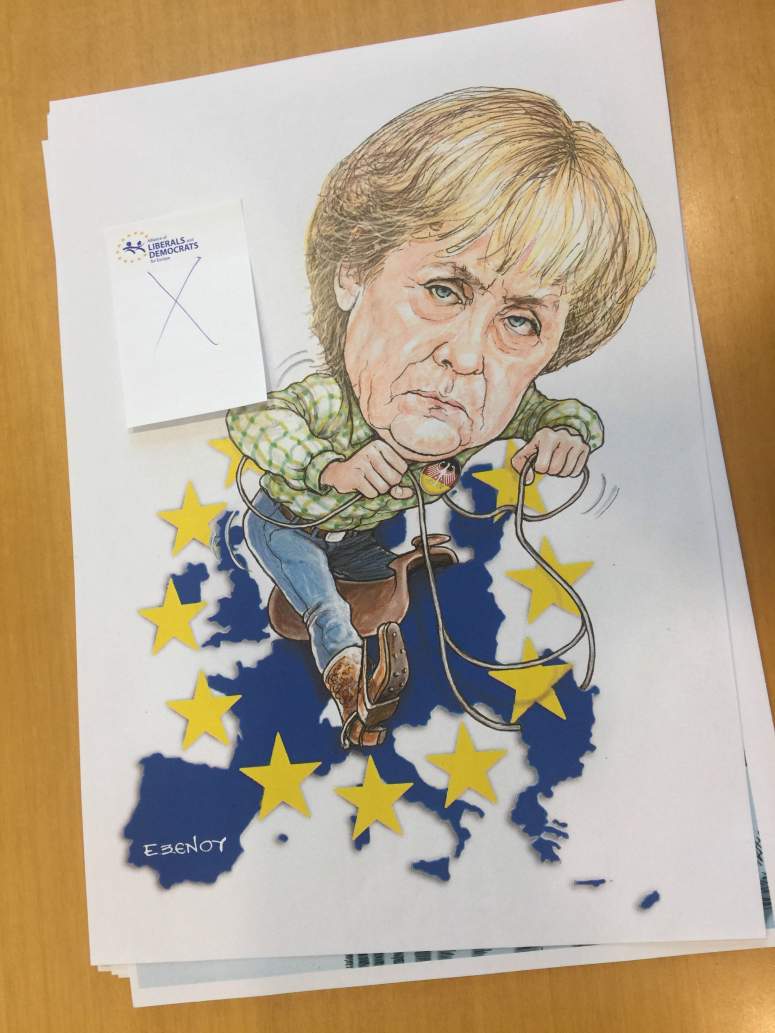