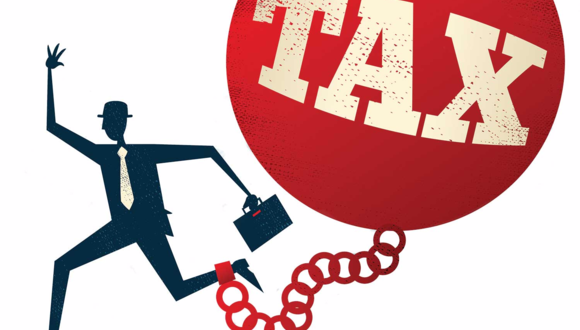 OECD report: Greece only country that increased taxes, VAT and social contributions in 2016

September 14, 2017 Economy Comments Off on OECD report: Greece only country that increased taxes, VAT and social contributions in 2016 770 Views

Greece is defying the prevalent trend among the world’s industrialized nations for reducing tax rates in order to boost investment and competitiveness, a report published by the Organization for Economic Cooperation and Development (OECD) has shown. In contrast Greece has increased labor and corporate taxes, Value Added Tax as well as social contributions.

The report Tax Policy Reforms: OECD and Selected Partner Economies describes the major tax reforms that were implemented, legislated or announced in 2016 across the 35 OECD members as well as in Argentina and South Africa. The report identifies major tax policy trends and highlights that tax is increasingly being used as a key policy lever in the inclusive economic growth strategies of many countries.

Personal income tax cuts were enacted in many countries in 2016, generally increasing the progressivity of tax systems. This included cuts in personal income tax rates on low or middle income earners in 15 countries. Nonetheless, taxes on labour remain high overall and, with a few exceptions, there were only limited reductions in social security contributions in 2016.

“With taxes on labour remaining high in many countries, further action will be required to enhance incentives for employment and the creation of jobs so that tax systems become more conducive to inclusive growth,” said OECD General secretary Antonio Gurría.

The tax mix continues to shift towards labour and consumption taxes, although standard VAT-rates appear to have stabilised in 2016, with only one country (Greece) introducing an increase to its standard VAT rate.

Excise duties, particularly on tobacco, as well as taxes targeting transport fuels generally increased in 2016, as did incentives for the purchase and use of electric and hybrid vehicles. However, fuels used outside of the transport sector, which also cause considerable harm to the environment, continue to be taxed at relatively low rates.

Changes to property-related taxes increased in 2016, when compared to 2015, with a number of governments increasing recurrent taxes on immovable property, as well as introducing transaction taxes on both movable and immovable property.

According to the report, in contrast to the majority of OECD member states, Greece has raised taxes and social security contributions as government policy is geared toward reaching fiscal targets, even though this inevitably harms the crisis-hit country’s competitiveness.

After the initial phase of the global financial crisis and the tendency to raise taxes and reduce spending in order to bolster revenues, the majority of OECD countries introduced growth-driven tax reforms. Greece may be among the European Union countries that have introduced radical tax reforms – along with Austria, Belgium, Hungary, Luxembourg and the Netherlands – but it is also the only one among them that increased taxes on labor and corporate profits.

It is worth noting that in the 2014-2015 period, 25 of the 32 countries for which data is available recorded an increase in tax-to-GDP levels. The report by the Paris-based organization mentions Greece as an exception to this trend as well, noting that the country was in recession in that two-year period.

In regards to corporate tax competition, eight OECD member states reduced rates in 2017 on an average of 2.7 percent, with Hungary slashing the rate to just 9 percent.

Many countries also offered breaks and reductions on income tax, particularly in the lower brackets, with Austria, Belgium, Hungary and the Netherlands also cutting social contributions in 2015-2016. Not so Greece, which in 2016 raised both, thereby increasing the overall burden on low-income earners by 1.5 percent.

Greece was also the only country in the OECD to raise value-added tax rates in 2016.

PS Surprise! All these other OECD member countries are not object of  bailout agreements with creditors demanding back their loans. I was always believing IMF’s Christine Lagarde claiming “lowering wages was the key to boost competitiveness.” Maybe she was wrong with her usually wrong predictions and false calculations models.