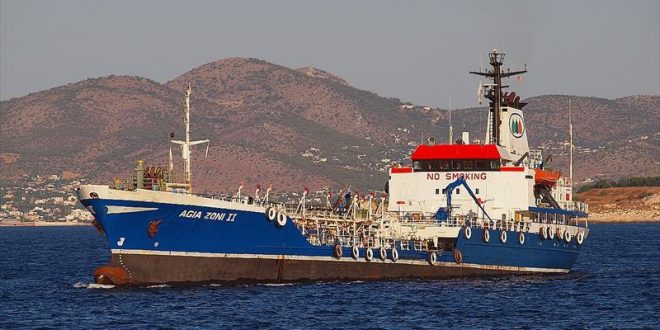 Hellenic Register of Shipping: Sunken tanker does not hold seaworthiness certificate by HRS

September 14, 2017 environment Comments Off on Hellenic Register of Shipping: Sunken tanker does not hold seaworthiness certificate by HRS 578 Views

Tanker “Agia Zoni II”  had never been surveyed and does not hold any certificate of seaworthiness by the Hellenic Register of Shipping (HRS), the body said in a statement on Thursday.

“Concerning the dissemination of unsubstantiated rumors on the tanker ‘Agia Zoni II’, the HRS informs that the tanker in question has not been surveyed and does not hold any certificate of seaworthiness issued by the Hellenic Register of Shipping.”

Hellenic Register of Shipping was founded in 1919 and is active in the industry inspections and certifications of facilities and equipment as well as the Certification of Management Systems.

The tanker loaded with 2,500 tones of fuel oil (mazut) and marine gas sank off the island of  Salamina on Sunday spilling unknown number of tones into the Saronic Gulf , polluting the sea and the coastline of Salamina,Piraeus and the Athens Riviera.

The tanker owner had told media that the ship had undergone inspection 1.5-2 months ago. However, he did not say which body had issued the certificate.

The Greek Coast Guard said later that according to legislation Agia Zoni II did not required control and certification by the HRS.